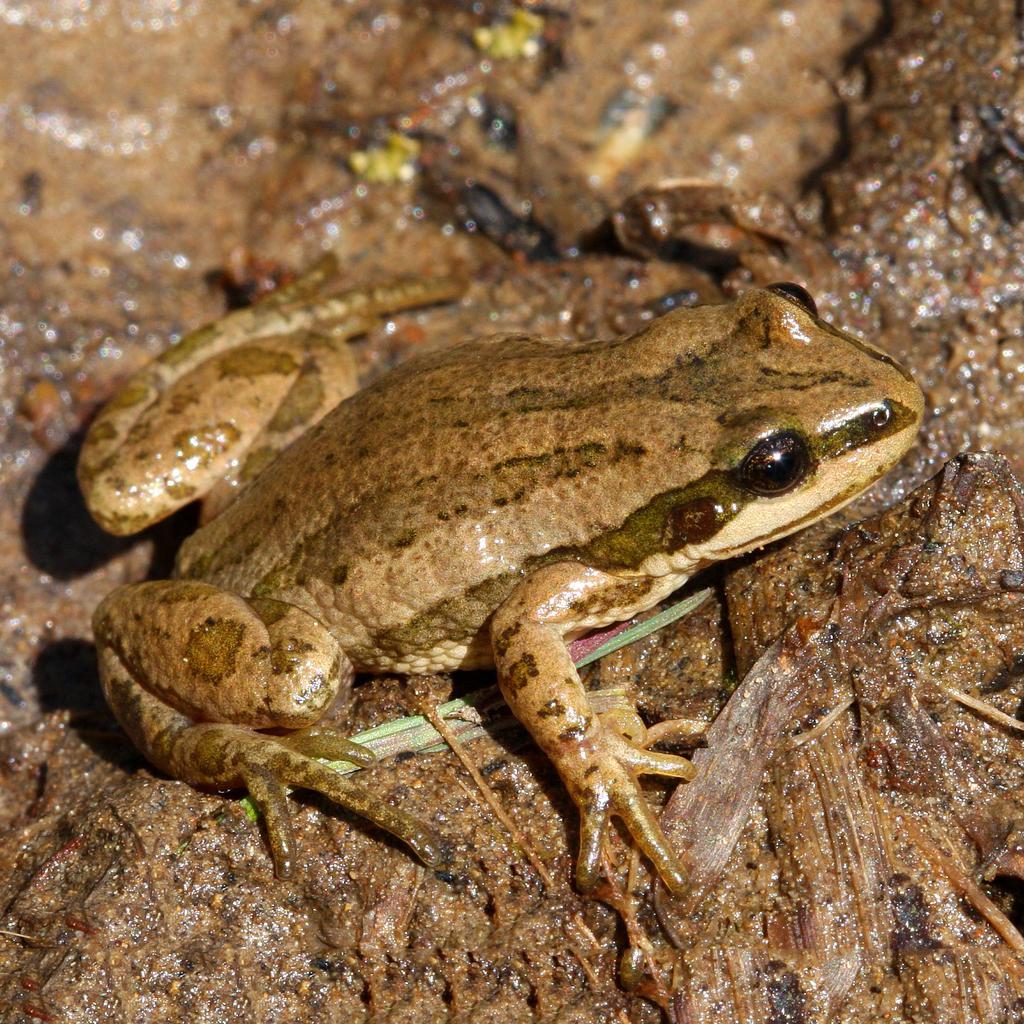 Boreal Chorus Frog breed very early in the spring, even before the snow and ice melt, and you can hear them calling day and night. They prefer to lay their eggs in small ponds and ditches that will dry out as they contain less predators. During the summer they can be found in moist, grassy or wooded areas.

Boreal Chorus Frog are small (1.5 in), smooth-skinned frogs. They are gray-green to brown with 3 dark stripes down their back, a dark stripe through their eye, and a white stripe along their upper lip.

The females lay their eggs in clusters, and they hatch quickly in 1-4 weeks. The tadpoles turn into frogs after about 2 months.

Boreal Chorus Frog have a wide range from British Columbia to Quebec and extending up into the Yukon and Northwest Territories. They are found in the central United States as far south as Arizona.

Could it be? Western Chorus Frog are almost identical, but their range is confined to southwestern Ontario, from Michigan to New York, and south to Tennessee. Pacific Tree Frog are often referred to as Pacific Chorus Frog as there are similarities, but they are not found in the same areas.

Did you know? Boreal Chorus Frog are hard to see but easy to hear. The chorus of high-pitched trills has been compared to a fingernail running along the edge of a plastic comb.