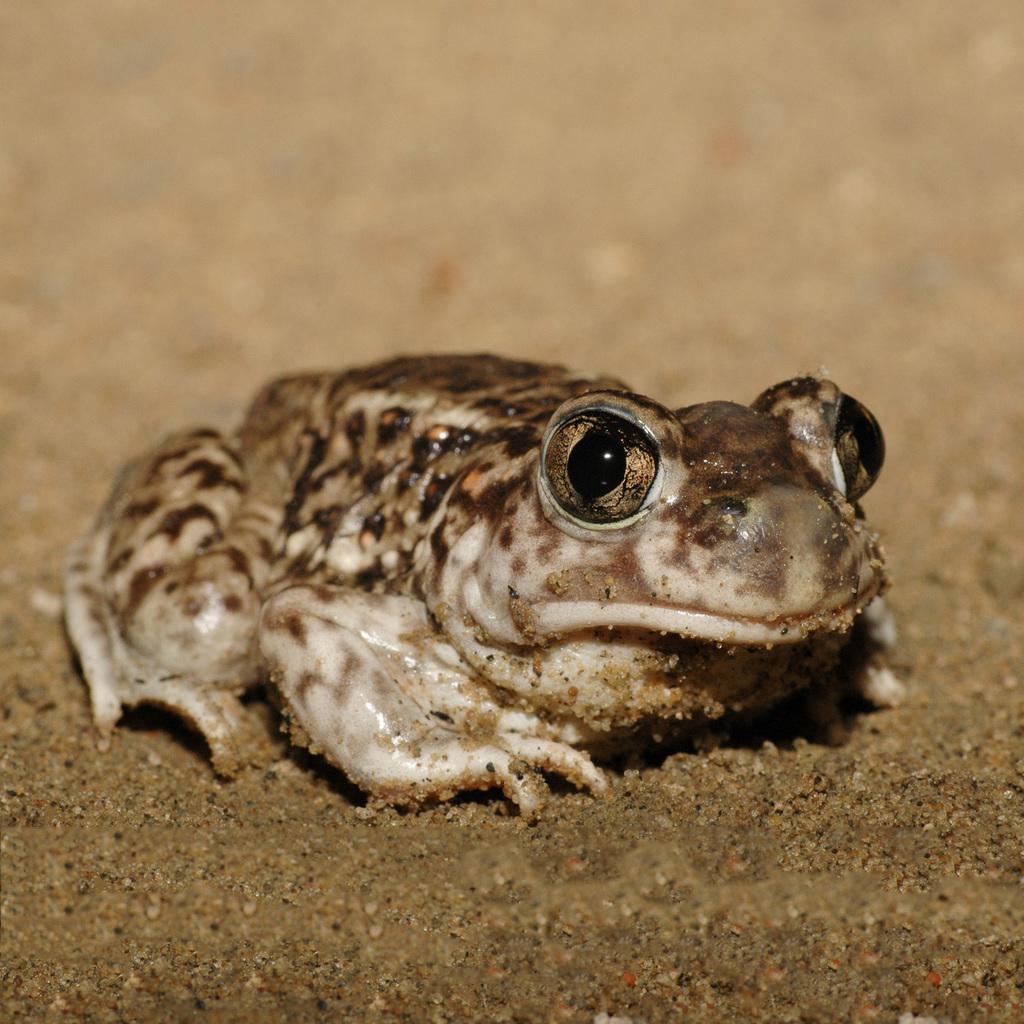 Plains Spadefoot are toads with a round body (1.5-2.5 in), short legs, a bony lump between the eyes, and a vertical pupil. The skin is relatively smooth and moist. They are tan to dark brown with small orange/yellow spots and a white belly. They often have 4 white stripes down their back.

Plains Spadefoot can be found on short-grass prairie with sandy or gravelly soil for burrowing from southern Alberta, Saskatchewan, and Manitoba south through the central plains to New Mexico, Oklahoma, and West Texas.

To conserve moisture, Plains Spadefoot spend much of their time buried in the sand and are nocturnal, coming out at night to hunt for beetles, crickets, and grasshoppers. They breed in temporary ponds after a heavy rain. The tadpoles turn into toads within 21 to 40 days, hopefully before their pond evaporates.

Could it be? Great Basin Spadefoot look very similar but are not usually found east of British Columbia and Idaho, although they can be found occasionally in Montana. They have a low, pliable lump between the eyes, while the Plains Spadefoot's lump is high and hard.

Did you know? Plains Spadefoot tunnel backwards using the sharp knobs (or spades) on their hind feet. Their tunnels can extend as much as 3 ft underground.