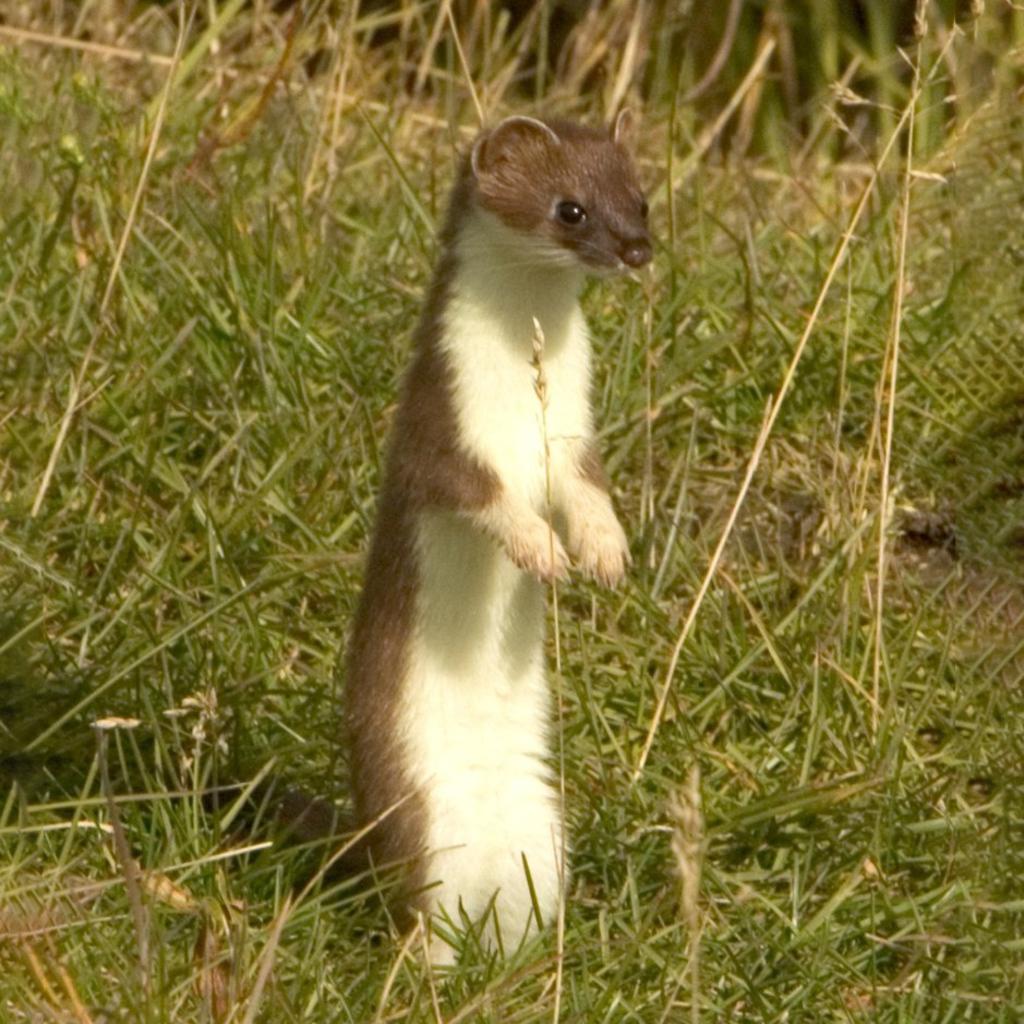 Weasel are small, thin, long-bodied animals with short legs, a small head, and a long tail. They are extremely flexible and can squeeze through tiny holes and along narrow passages. Weasels vary in length from 5-12 in with a reddish-brown back and a white belly. They turn white in winter in northern regions. Many but not all North American weasels have a black tip to their tail.

Weasels are solitary animals and can be found in tundra, grasslands, and forests in northern North America as well as in Europe and Asia. Short-tailed Weasel are one of the most common and can be found on all 3 continents. Long-tailed Weasel are one of the largest and are found in North America, along with Least Weasel and Ermine. It can be hard to tell them apart.

Weasels are ferocious hunters and can kill animals much larger than themselves although they most commonly hunt mice and voles. Weasels are active at night but can also be seen during the day.

Weasels mate in the summer, but the fertilized embryos will remain dormant until 3-4 weeks before their birth the following spring or summer. The young stay with their mother until they learn to hunt for themselves.

Weasel are related to Mink, Marten, and Black-tailed Ferret.

Did you know? Weasels are unable to store energy as fat so they need a constant supply of food. They eat 40-60% of their body weight in food every day.