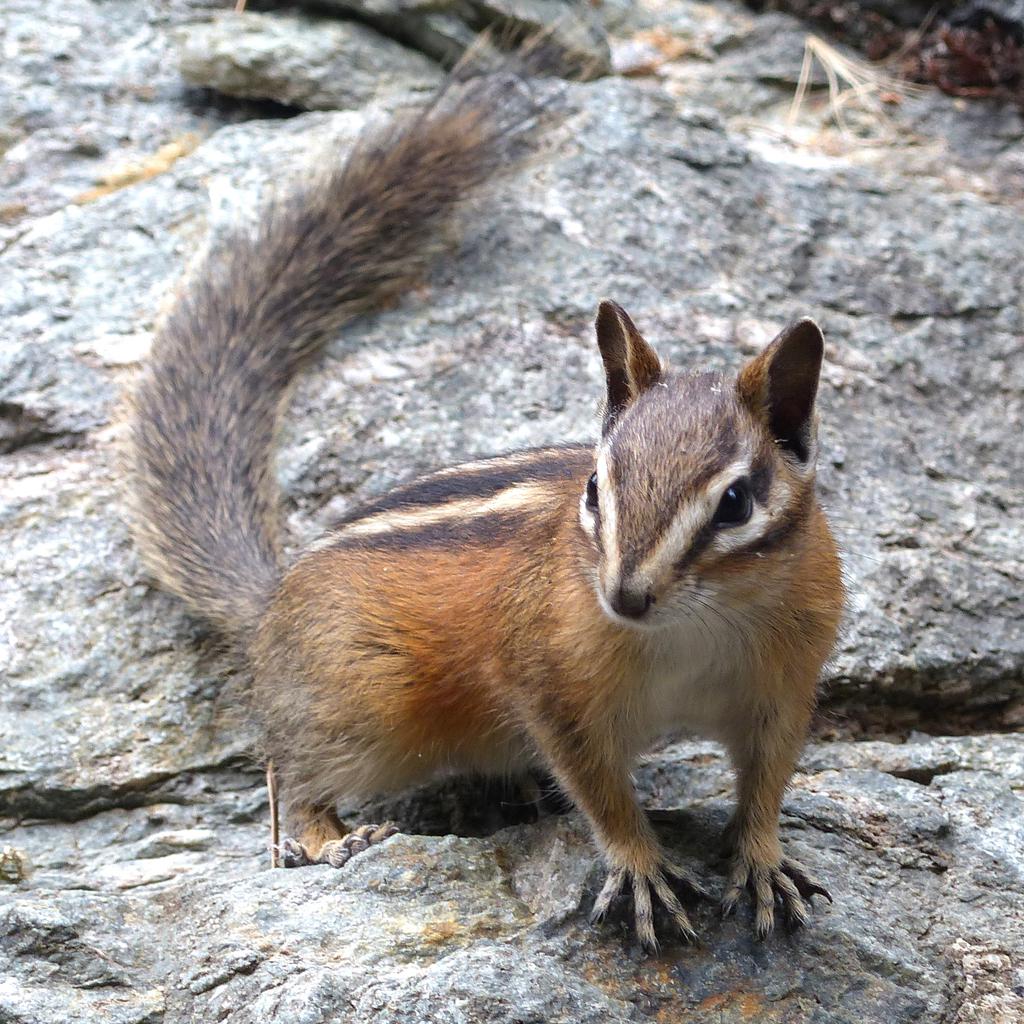 Yellow-pine Chipmunk are found in the mountainous regions of southwestern Canada and northwestern United States. They live in the meadows and rocky areas on the edges of Yellow Pine and Juniper forests. They climb trees to collect the seeds from pine cones, supplementing them with lichens, mosses, and fungi.

Yellow-pine Chipmunk (7-9 in long) are brown to cinnamon in color with 5 dark stripes alternating with lighter stripes down their back. Their ears are white behind and black in front. They spend 4-5 months every winter underground or in rock crevices, waking from time to time to eat.

Did you know? Yellow-pine Chipmunk eat at least 59 different kinds of seeds, plants, and insects, as well as small mammals, bird eggs, roots, and bumble bees. They store up to 68,000 items to eat during the winter.