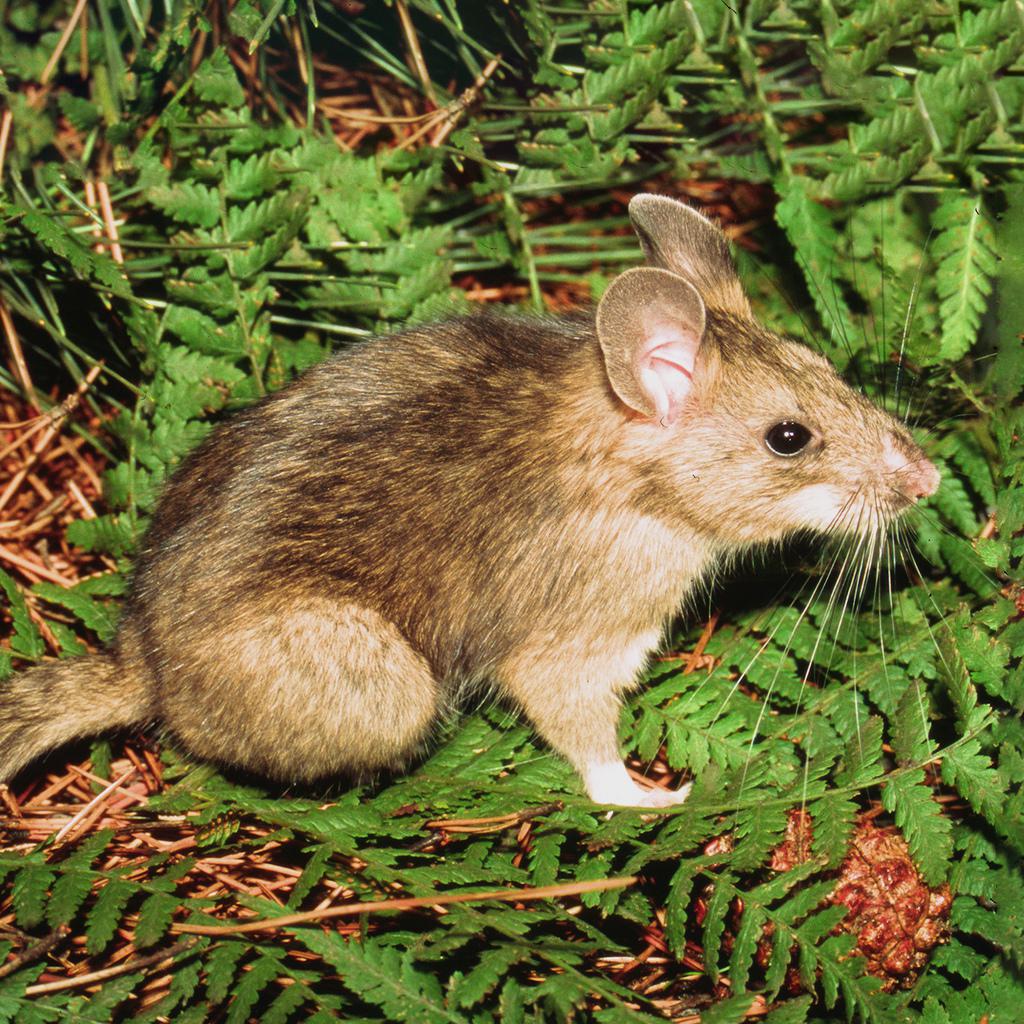 photo by Richard Forbes CC BY

Despite their name, Bushy-tailed Woodrats more closely resemble a mouse than a rat. They have brown-gray fur, large round ears, long whiskers, big black eyes, white feet,and a bushy tail. They can be found from Alaska and the Yukon south to northern New Mexico and Arizona.

You're unlikely to spot one of these shy, nocturnal creatures, but you may come across one of their middens. Woodrats assemble large messy piles of sticks, bones, feathers, rocks, paper, and other found objects and cement it together with their own urine. Their nest is inside the midden, well protected from the cold and from predators. Middens can be very large as generation after generation of Woodrats add to the structure.

Woodrats are excellent climbers and often build their dens on rocky slopes or inside caves, although they also take advantage of hollow trees and abandoned buildings. They dry and store food inside their den to eat during the winter.

Bushy-tailed Woodrats are also known as Pack Rats because they collect shiny objects to add to their midden.

Did you know? Newborn Woodrats use their teeth to hold on to their mother's nipples. She will drag them with her wherever she goes for the first 3 weeks of their lives.