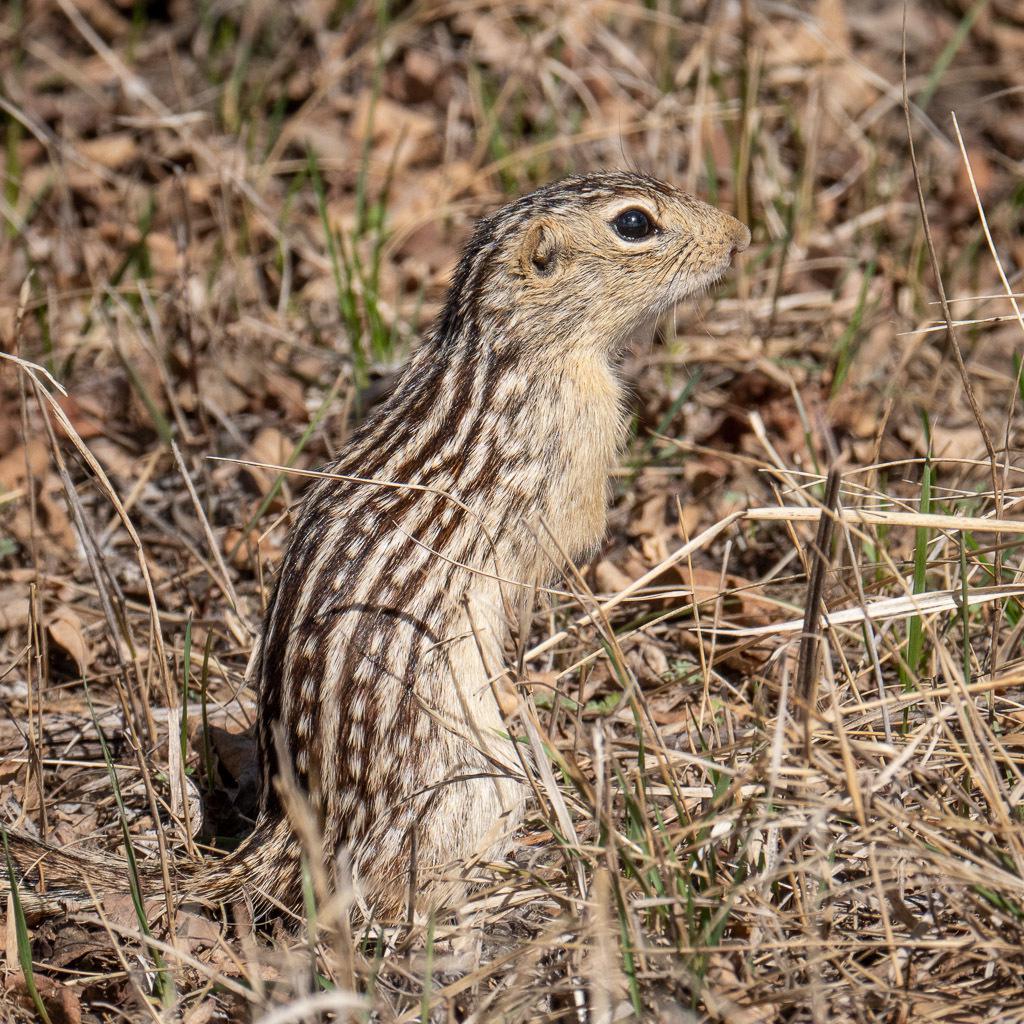 13-lined Ground Squirrel are small (8-12 in head to tail) brown rodents with 13 brown and white stripes down their back and a black-striped tail. They are found in the open grasslands of south-central Canada and the central United States. They avoid wooded areas but have adapted well to urban areas (parks, cemeteries, roadsides).

13-lined Ground Squirrel build networks of underground tunnels with multiple chambers where they hibernate over the winter. They eat seeds, nuts, roots, and insects. They have one litter of 6-7 young a year, usually at the end of May.

13-lined Ground Squirrel are most active in daytime and can be spotted standing up on their haunches to view their surroundings. They use alarm calls to notify each other of danger.

Did you know? In addition to the long, deep burrows they use for nesting and hibernation, 13-lined Ground Squirrel also dig short, dead-end tunnels where they can escape in an emergency.