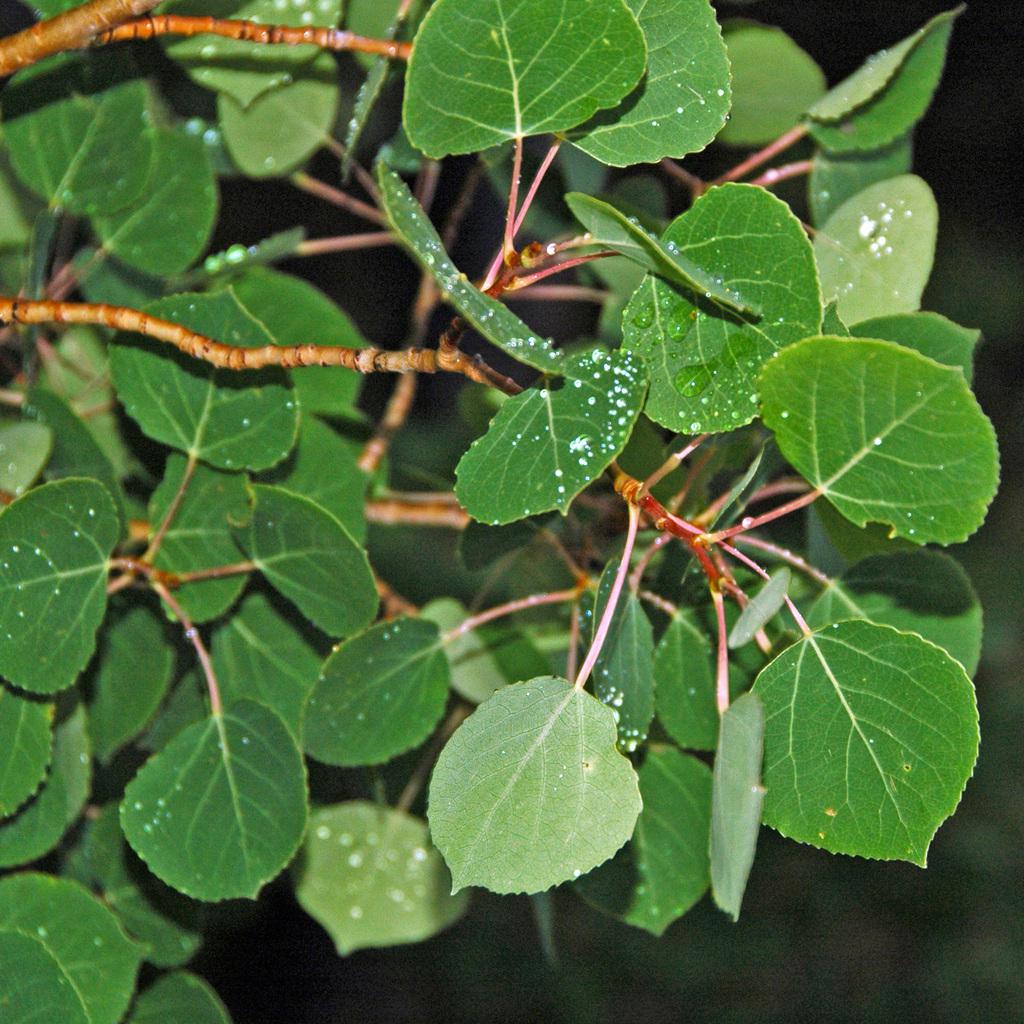 Aspen is widely distributed throughout North America, preferring cold regions with cool summers; it grows at higher altitudes in warmer southern areas. One of the most common varieties is Trembling or Quaking Aspen, which is found throughout Canada and the United States apart from the Gulf Coast states.

Trembling Aspen is a slender tree (20-80 ft tall) with heart-shaped leaves that turn yellow in the fall. The leaf stem is flat and set at a 90-degree angle to the leaf, causing them to tremble in even a gentle breeze. It has greenish-white bark with dark ridges on older trees. It often grows alongside Balsam Poplar and Birch.

Bigtooth Aspen (also known as Large-toothed Aspen) can be found in British Columbia and throughout eastern North America from Manitoba south to the Atlantic coast and as far south as Tennessee and North Carolina. Like Trembling Aspen, its leaves flutter in the wind, but the leaves are more egg-shaped with large, blunt teeth. Bigtooth Aspen sends up root suckers, but its colonies are much smaller than those of Trembling Aspen. Its bark is a darker colour and the leaves can take on an orange-red tinge in the fall.

Aspen leaves and flower buds are an important source of food for Ruffed Grouse, while Deer (Mule Deer, White-tailed Deer) and Moose enjoy munching on the suckers. Beaver eat all parts of the tree.

Did you know? Trembling Aspen's roots send up shoots or suckers to form large stands of up to 100 acres of identical trees or clones. Individual trunks die, but the roots can live on for hundreds or even thousands of years.