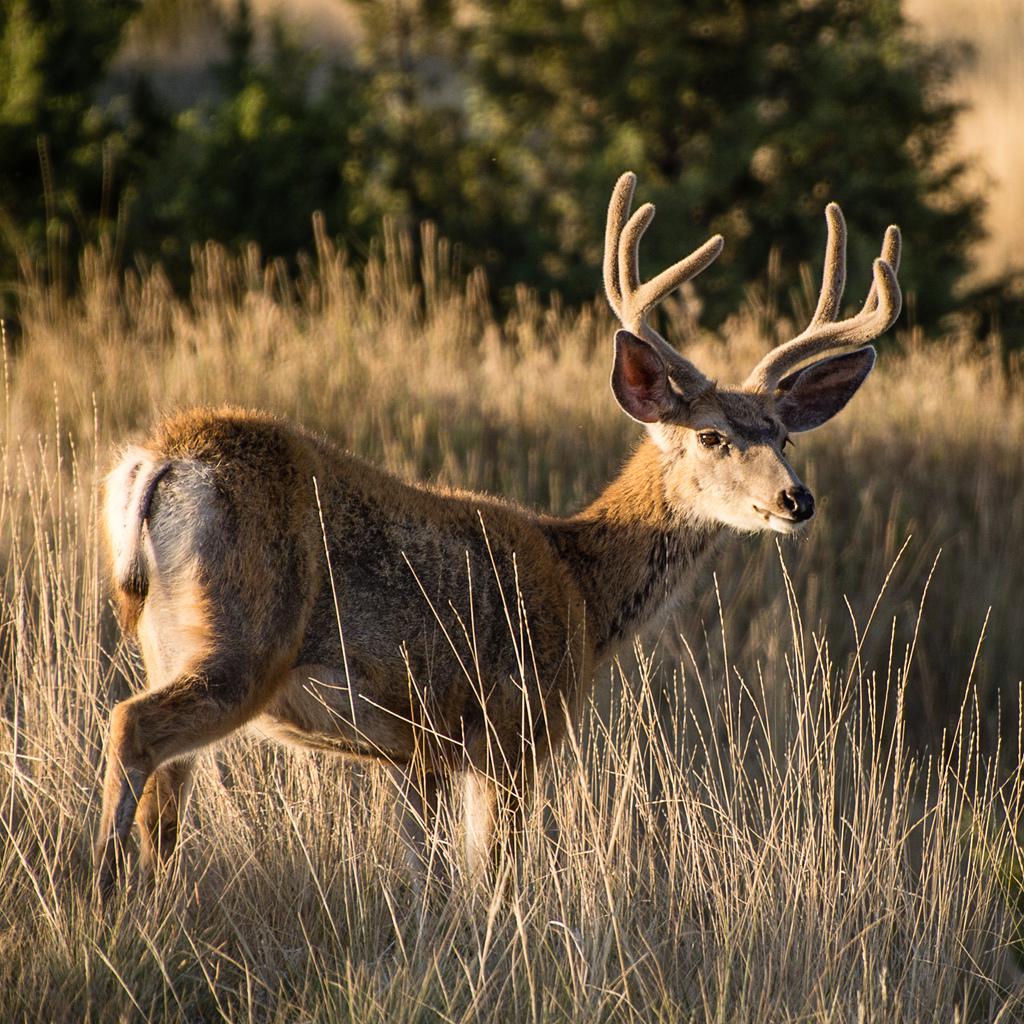 Mule Deer (3-3.5 ft tall at shoulder) are common throughout the forested or mountainous areas of western North America. They have very large ears (like a mule) and a white patch around their black-tipped tail. Their black forehead contrasts with their light gray face and white throat. Their coat is grayish-brown in winter and reddish-brown in summer.

Mule Deer typically live in groups and eat plants, leaves, and twigs from woody shrubs. In late fall, the males fight for the right to mate with the females. The males with the largest forked antlers usually win. Fawns are born midsummer and left hidden for 4-8 weeks until they're strong enough to join the herd. The young deer may be left alone for hours but are rarely deserted.

Black-tailed Deer are a type of Mule Deer that can be found along the Pacific Coast from Alaska to western California. They prefer to live on the outskirts of wooded areas where they can find both shelter in the forest and food in the grassy open areas.