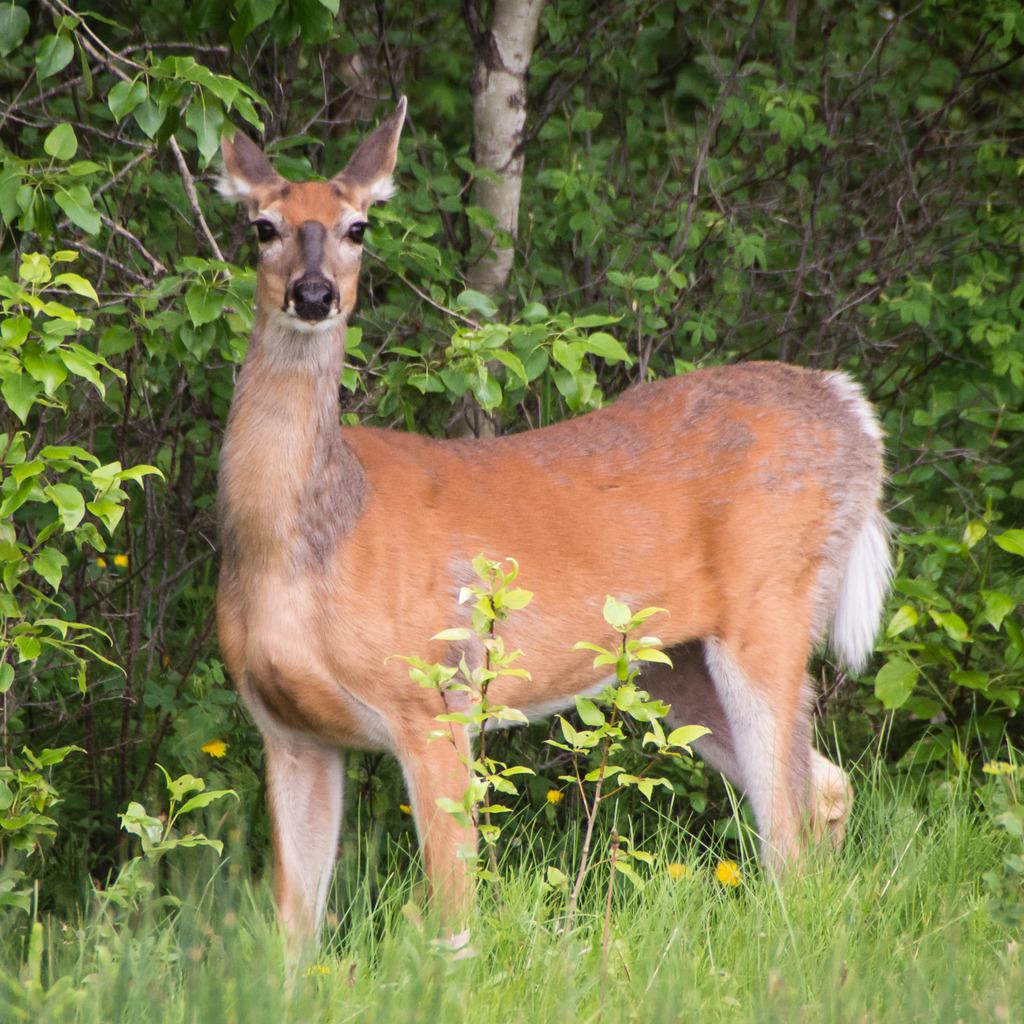 White-tailed Deer are the smallest North American deer and are found throughout the United States (except for the southwest desert regions) and southern Canada. They spend their summers in fields grazing on plants, grasses, and twigs and their winters in forested areas where less snow cover makes it easier for them to find food and shelter.

White-tailed Deer have reddish-brown fur in summer and grayish-brown fur in winter. They have white fur around their eyes and nose, on their throat and stomach. Their foot-long tail is held erect when they run displaying its white underside. The males' antlers have numerous points projecting upwards from the main forward-curving branch.

Did you know? White-tailed Deer use scent from several external glands to communicate with other animals. Every step is marked by a smelly substance from glands between their toes.