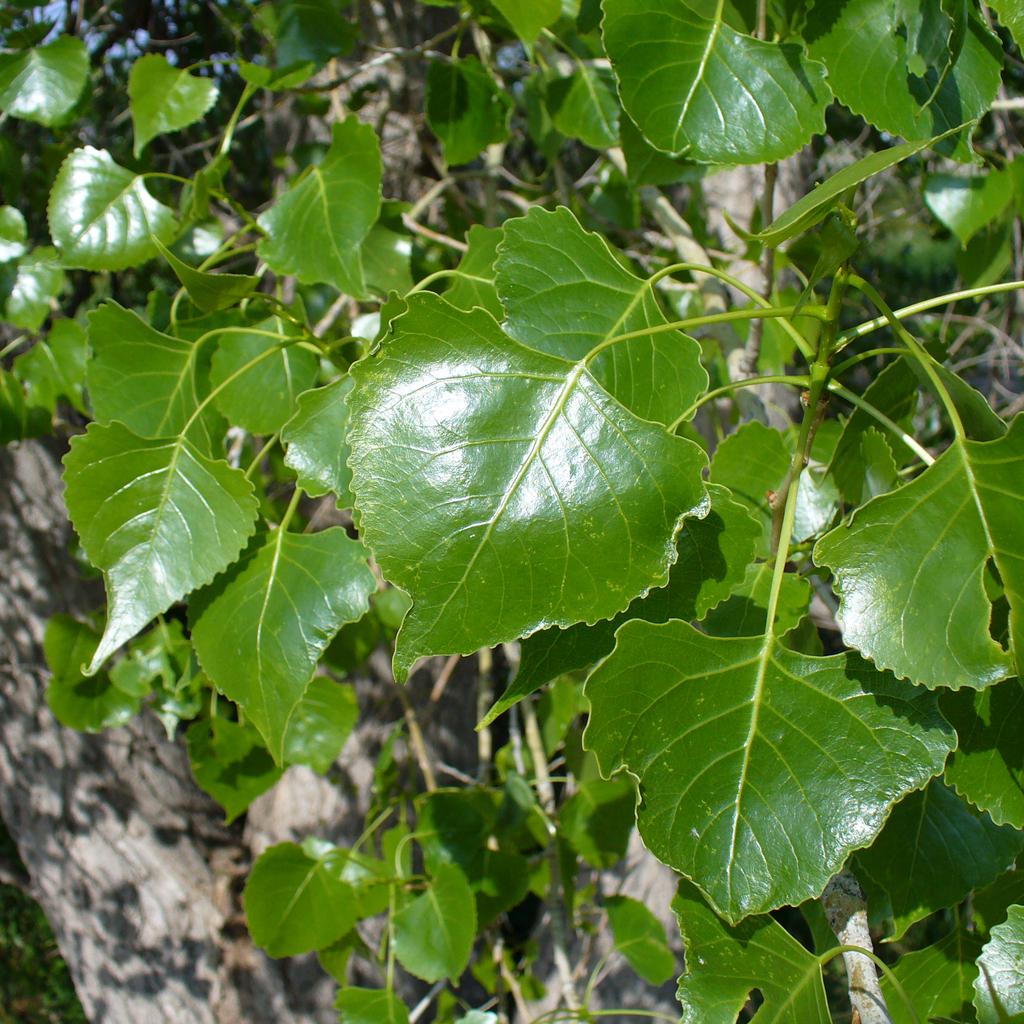 Cottonwood is a large, fast-growing tree (over 100 ft tall) that grows best in floodplains and beside lakes and rivers where there is plenty of water. Male and female catkins appear in early spring before the leaves. The tree releases so many fluffy white seeds in early summer that you may think it's snowing.

Cottonwood has triangular leaves with toothed edges that turn yellow in the fall. The trunk is broad and white. The branches are weak and often break in a windstorm.

Plains Cottonwood grows in the west, while Eastern Cottonwood is found in the east. Black Cottonwood is very similar to Balsam Poplar. They can be hard to tell apart as they hybridize.

Could it be? Balsam Poplar and Aspen resemble Cottonwood as they are members of the same family. All of them release loose cottony seeds in late spring. Both Cottonwood and Trembling Aspen have triangular or heart-shaped leaves, but Cottonwood is usually taller and its leaves are slightly serrated. Balsam Poplar has oval or spear-shaped leaves.

Did you know? Cottonwood is the fastest-growing tree in North America, adding 3-6 ft to its height in a single year.