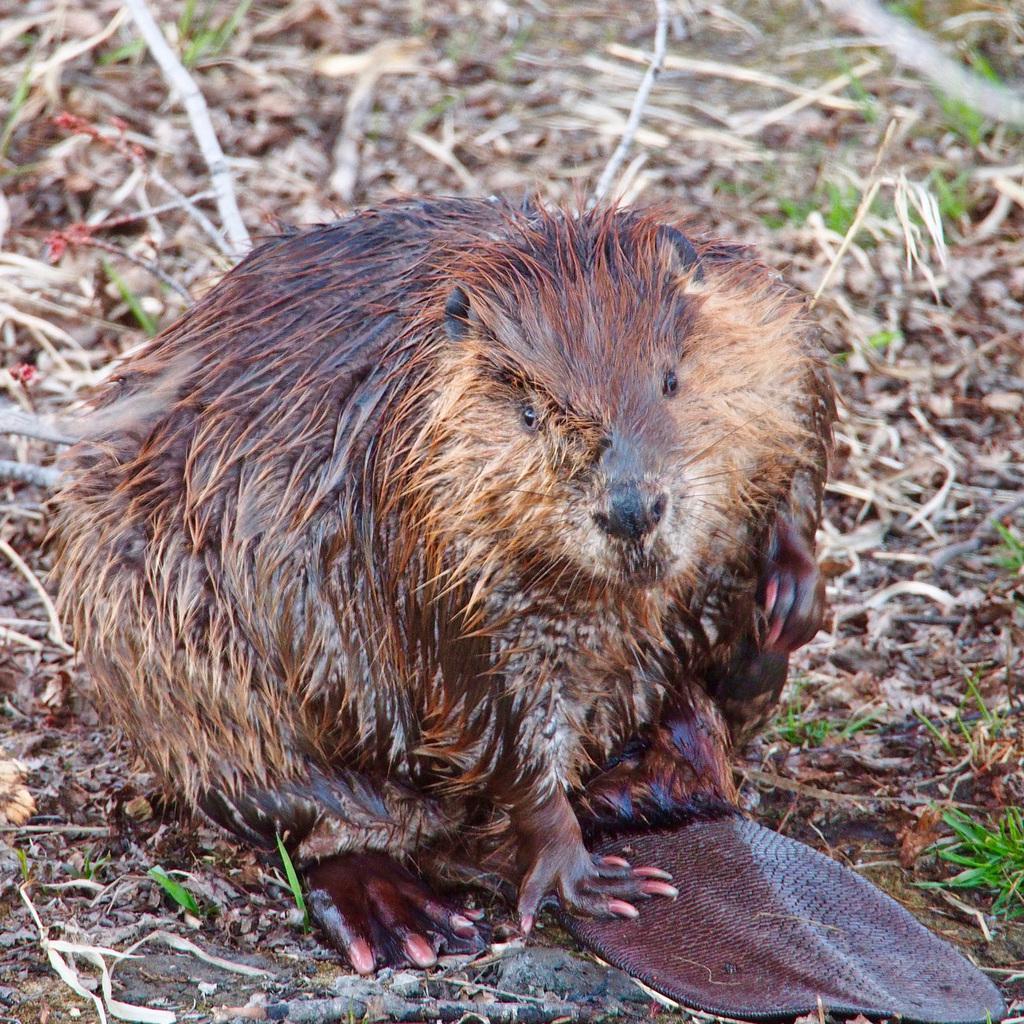 North American Beaver can be found in rivers and lakes from Alaska south through Canada and in most of the United States. With a brown, furry body (29-35 in) and a leathery paddle-shaped tail (8-12 in), they are North America's largest rodent with big teeth they use to fell trees.

Beavers are clumsy on land but graceful and strong in water. Their hind feet are webbed, and flaps over their nose and ears can be closed when they are underwater. They eat tree bark, particularly Balsam Poplar, Cottonwood, Aspen, Willow, and Birch. Northern Beavers store twigs underwater to eat during the winter when the lake or river is iced over.

Beavers are talented engineers constructing dome-shaped lodges and dams from sticks and mud. They play an important role in conserving ponds and wetlands.

Chewed tree stumps along the shore are a good clue that Beavers live nearby. They're nocturnal animals so they're easier to spot at dusk, swimming along the bank of a river or lake. They signal danger by slapping the water with their tail.

Could it be? Muskrat are smaller than Beaver with a long, narrow tail. Beavers found in Europe and Asia are genetically distinct and can't breed with North American Beavers.

Did you know? If a Beaver is cutting down a large tree, it will stop every 10 to 15 minutes to rest and sharpen its teeth by grinding the top incisors against the bottom ones.