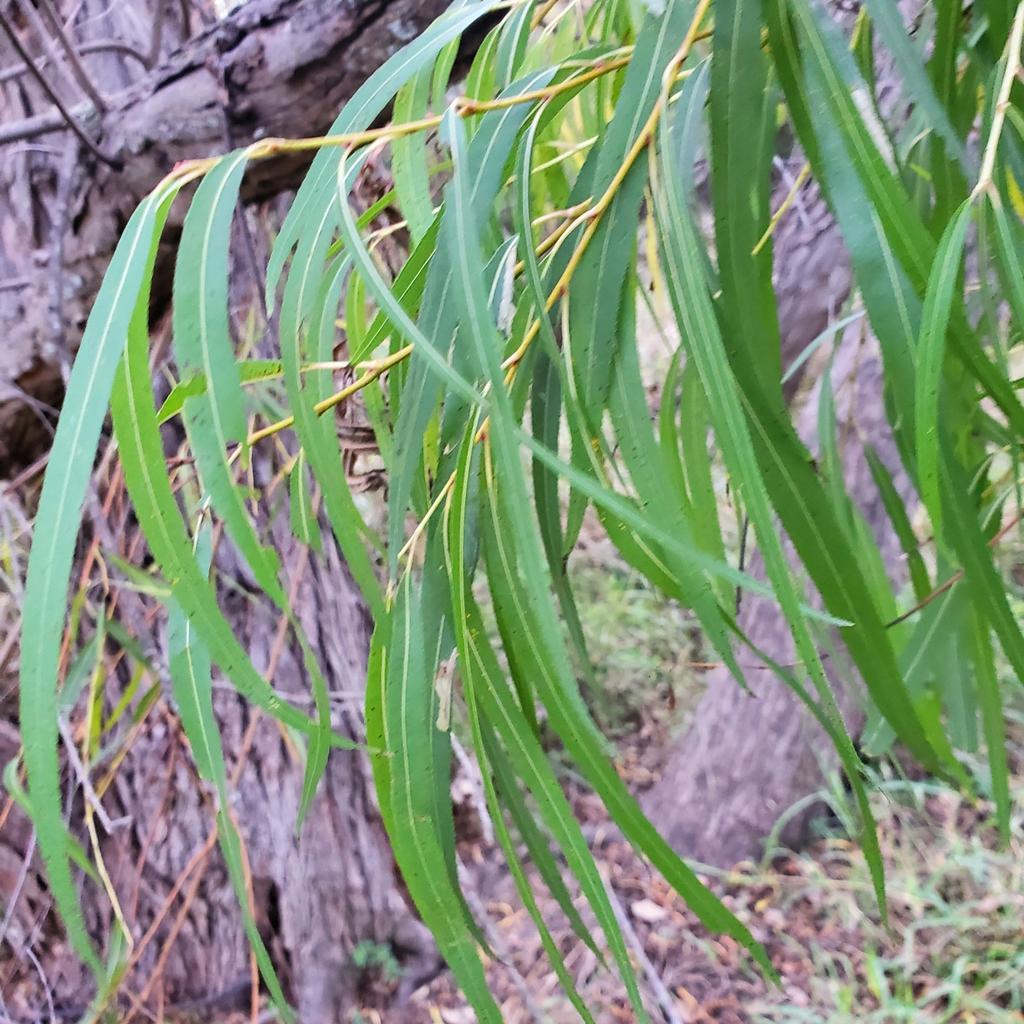 More than 100 species of Willow are native to North America. It has long, narrow leaves and thrives in moist soil. Male and female catkins dangle from the branches as leaves appear in early spring. Male flowers are longer and fall from the tree once they've released their pollen. Young branches are very flexible and can be used to make baskets, fences, or other objects.

Willows can range in size from low shrubs to tall trees. Black Willow is the largest native willow in North America (10-60 ft tall). It is often found along riverbanks and tolerates seasonal flooding. It's a fast-growing tree with several trunks growing out from the root and an open crown. Peachleaf Willow is a medium-sized tree (35-40 ft), often growing in clumps, alongside streams and ponds in southern Canada from Quebec to British Columbia and south through most of the central and western United States. It usually has a single trunk.

Rabbits, Moose, Deer (Mule Deer, White-tailed Deer), and Elk eat the bark, leaves, and twigs. Beavers enjoy eating willow twigs, and the flowers are a source of nectar and pollen for bees.

Did you know? Willow bark contains salicylic acid (Aspirin) and was used by Indigenous peoples in North America as a remedy for headache, fever, or sore throat.