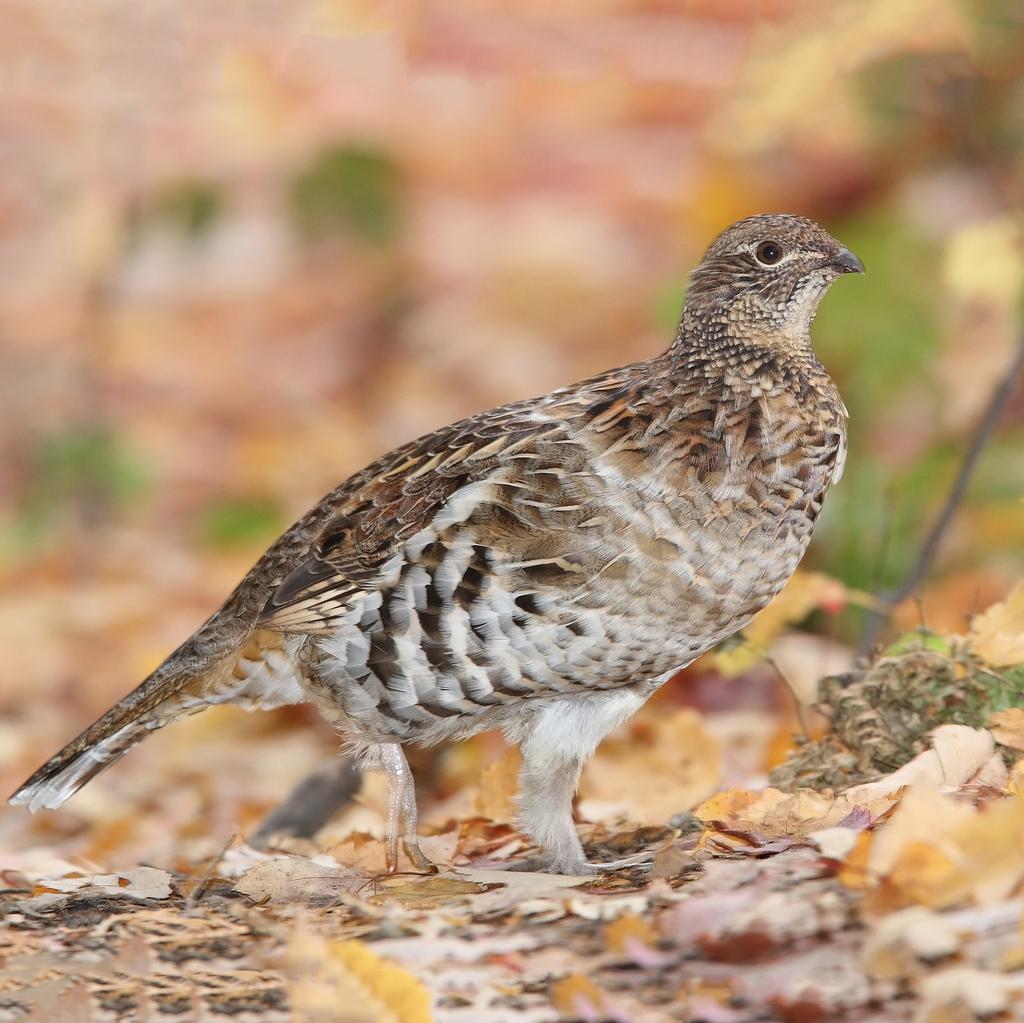 Ruffed Grouse are small chicken-like birds (16-20 in) with a short triangular crest and a wide, fan-like tail. They have short legs and often look slimmer than other grouse. They are reddish-brown to black with white markings with a wide black band near the tip of their tail. Males have a ruff of black neck feathers that stand out straight and surround their head like an umbrella when displaying before a female.

Ruffed Grouse can often be heard before they are seen as they are very good at camouflaging themselves. The males stand on a log and beat the air with their wings to make a deep drumming sound in spring and sometimes in fall to show where their territory is and attract females.

Ruffed Grouse can be found in deciduous forests across Canada and in the western and eastern mountain regions and around the Great Lakes of the USA.

Could it be? Spruce Grouse are slightly smaller and darker with a short black tail. Blue Grouse are larger. Ring-necked Pheasant are found in more open areas and have a long, thin, pointed tail.

Did you know? Ruffed Grouse are well adapted for cold winters. They nestle in the snow to keep warm and scales on their toes can spread out and act like snowshoes.