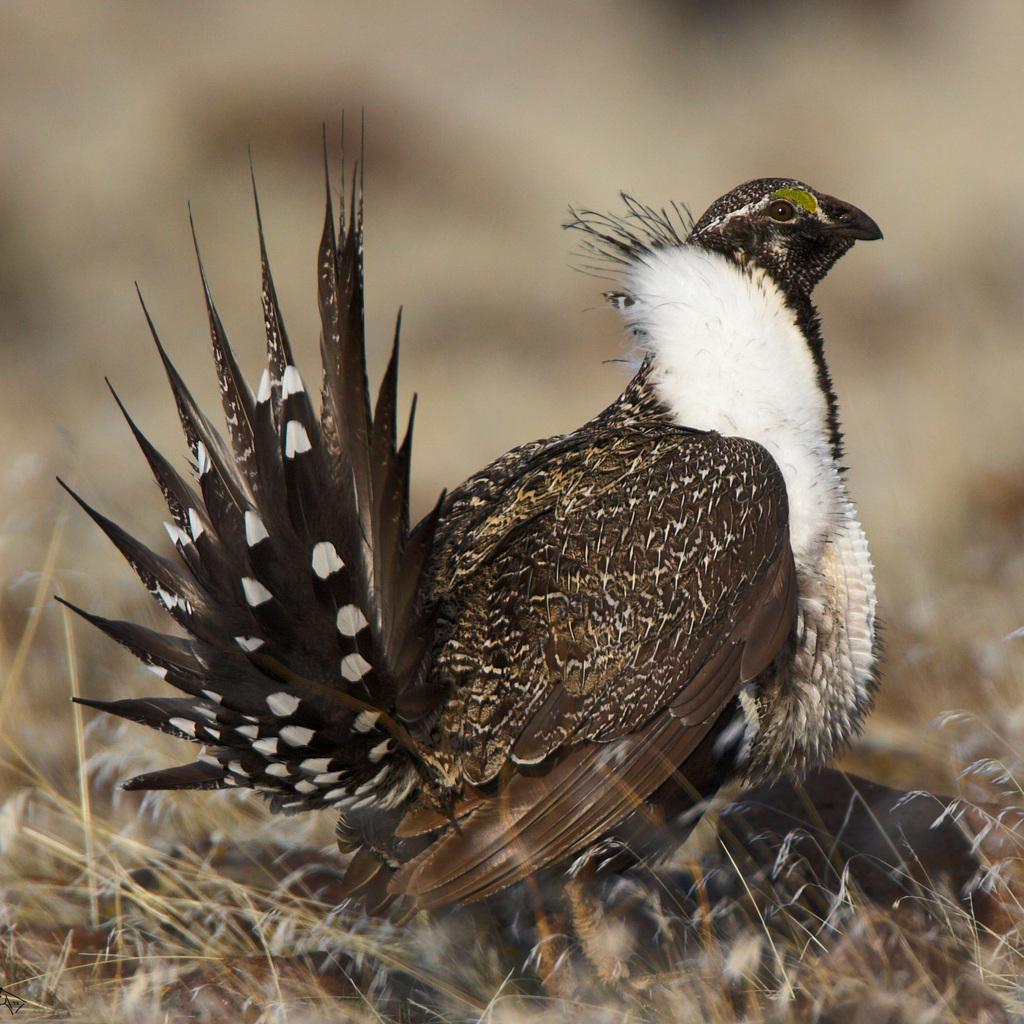 Greater Sage-Grouse are the largest North American grouse (26-30 in long). They have a chubby gray-brown body with a black belly, a small head, and a long tail. Males have a black head and throat and a white breast. Females have a dusky cheek patch and white markings behind the eye.

Greater Sage-Grouse live on the sagebrush plains and foothills of western North America. They gather in the spring at traditional courtship grounds or leks. The males inflate air sacs at their upper chests, puff out their white chest feathers, spread their pointed tail feathers and strut—booming as they go—to intimidate other males and attract females.

Could it be? Sharp-tailed Grouse live in grasslands not sagebrush plains.

Did you know? Greater Sage-Grouse have a specialized stomach that digests tough sagebrush, their main food. They don't have a gizzard for grinding grains and other hard foods.