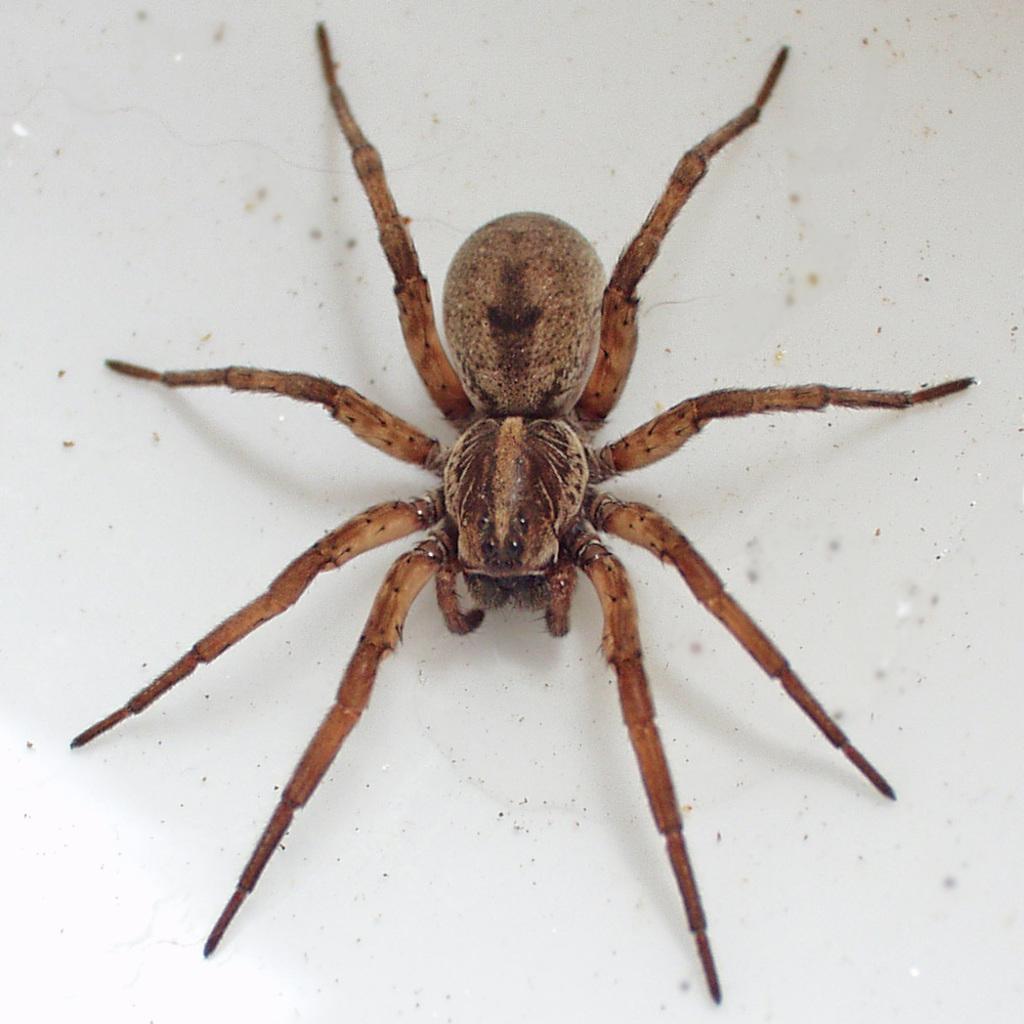 Spiders have 8 legs and 2 body parts, unlike insects that have 6 legs, 3 body parts, and antennae. Wolf Spider are large (up to 1.2 in) and dark brown with thick, striped legs. They have 8 eyes - 4 in a row on the bottom, two large eyes above, and two medium-sized eyes off to the sides on the top of their head.

Wolf Spider don't spin webs. They live on the ground and hunt for prey at night. Some dig burrows in the ground, some make holes under rocks, and others have nowhere to retreat.

Did you know? Wolf Spider have three tiny hooks at the end of their legs to help them grip and hold when running and climbing.