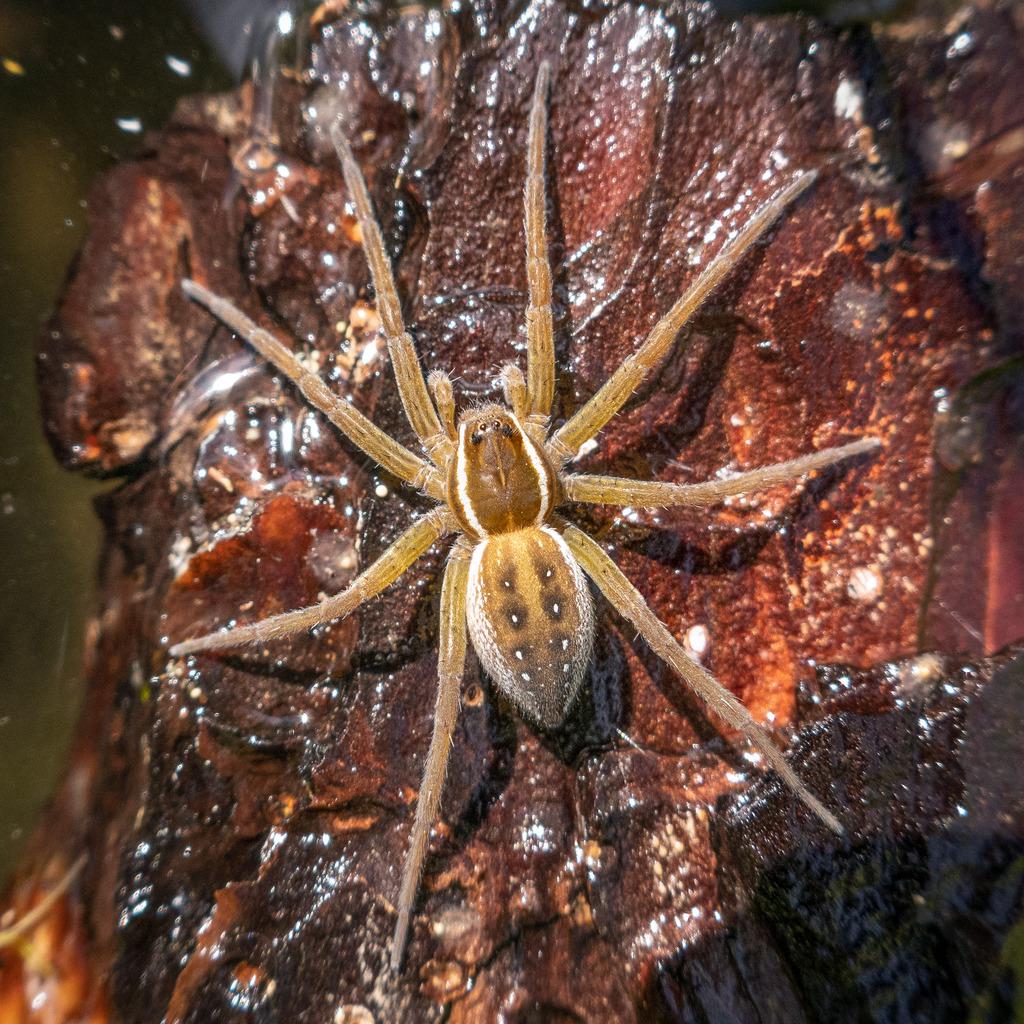 Spiders have 8 legs and 2 body parts, unlike insects that have 6 legs, 3 body parts, and antennae. Fishing Spider are found near ponds and lakes where they feed on insects, tadpoles, and even small fish. They can also be found in wooded areas and sometimes inside houses.

Fishing Spider are large brownish-gray spiders. Females are .5-1 in while males are half that size. The 6-spotted Fishing Spider has small white dots on its back; however, its name comes from 6 dark spots on its underside.

Fishing Spider can run across the surface of the water and dive for prey. If an insect falls in the water, the spider can feel the vibrations as the insect struggles to escape and will rush to catch it. They can remain underwater for several minutes as their bristly hairs trap air bubbles that they use to breathe.

Did you know? Females lay their eggs on a silk mat and wrap it up into a ball that they carry in their jaws as they look for a good place for the eggs to hatch. They will spin a web or join several leaves together with silk to form a nest for the eggs and will then stand guard over their young.