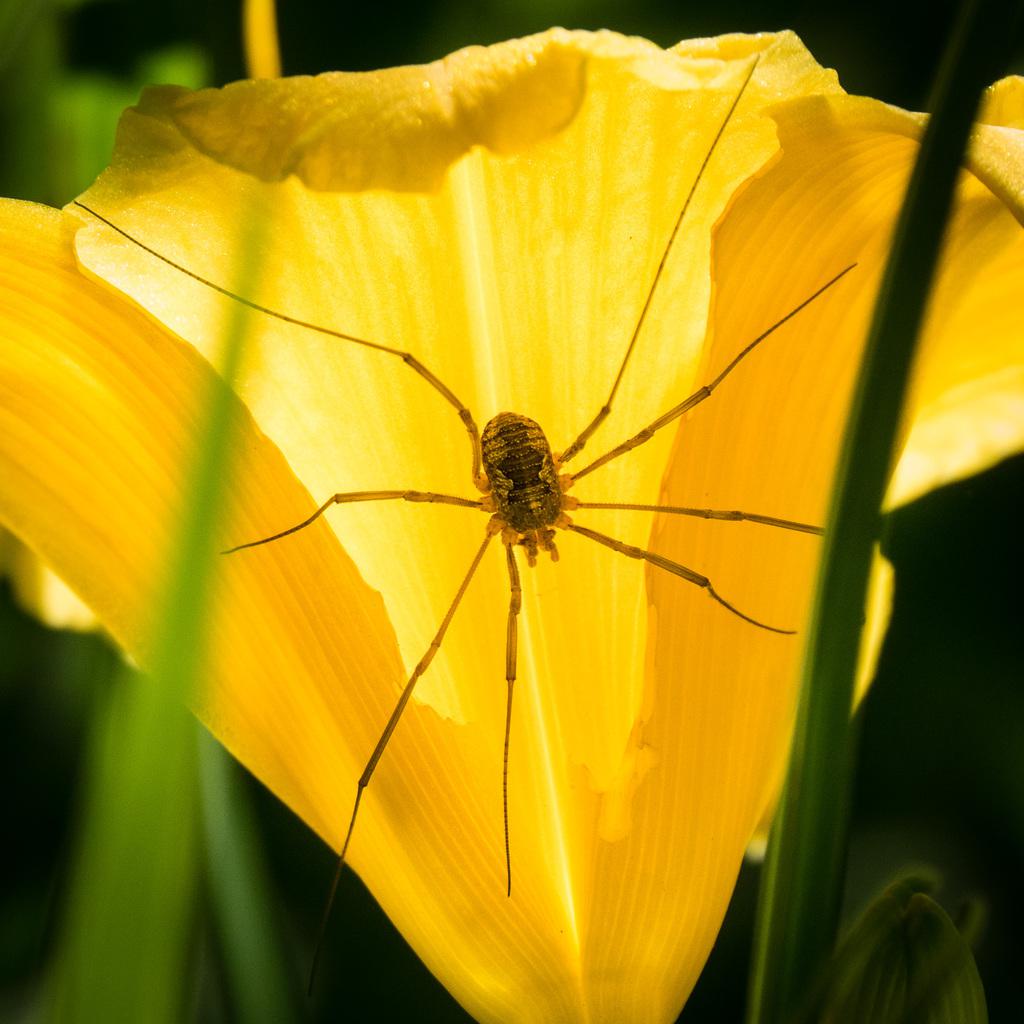 They may look a lot like a spider, but Harvestman are not spiders. Their body is a simple oval without a clear differentiation between head and abdomen, and they have 2 eyes not 8.

Harvestman don't build webs as they don't have silk glands. They don't produce venom and their mouths are too small to bite people, but they do make a weird smell when disturbed.

Harvestman have long wiggly legs and their body is less than .5 in long. They eat everything from worms and aphids to bird droppings and fungi and most species are nocturnal. Unlike spiders, they eat solid pieces of food rather than sipping fluids.

Every 10 days, Harvestman shed their body casing. It takes them about 20 minutes to pull their legs out of the old casings.

Did you know? Harvestman often shed a leg in order to escape a predator. However, that's a big loss as their legs are loaded with nerves and sensory organs.