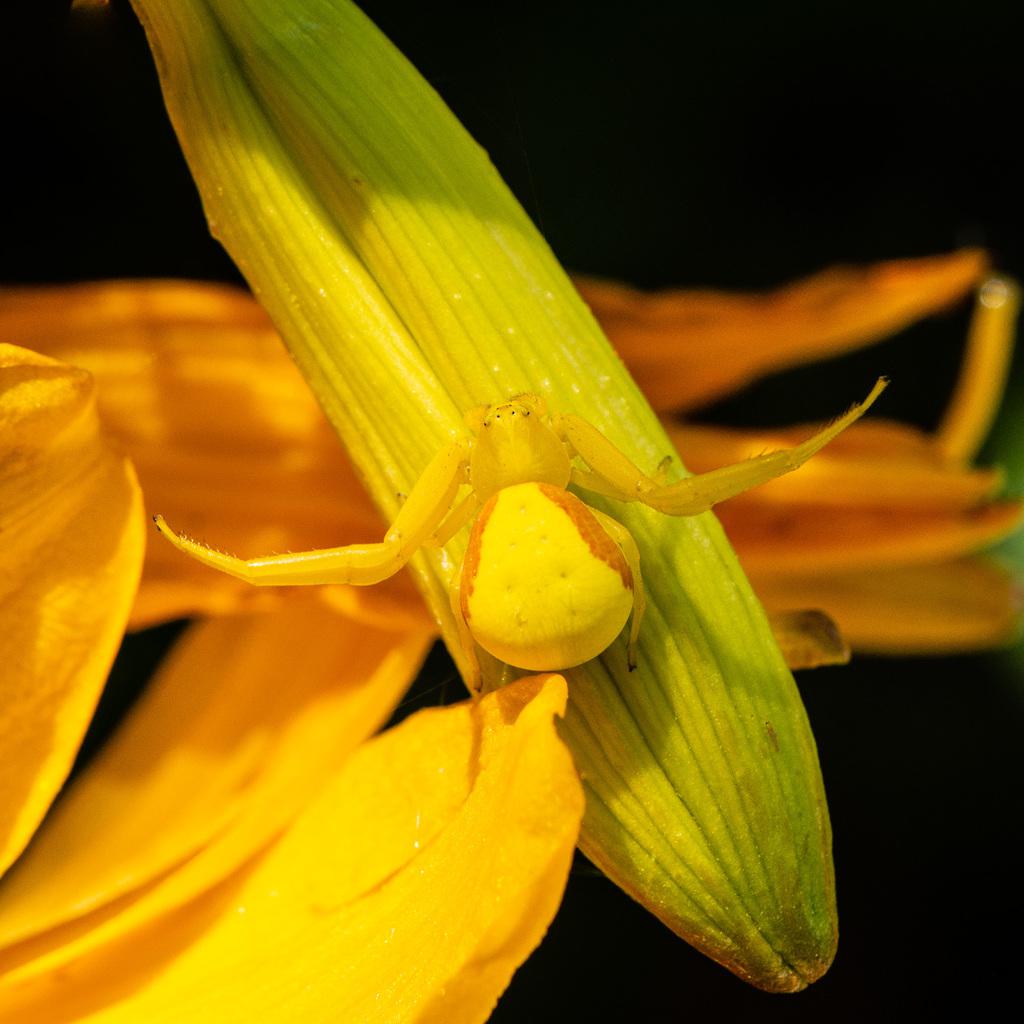 Spiders have 8 legs and 2 body parts, unlike insects that have 6 legs, 3 body parts, and antennae. Like their namesake, Crab Spiders have wide, flat bodies. The two sets of front legs are longer than the back legs and remain outstretched, ready to snap up prey. They usually walk sideways or backwards and just use their back legs to move.

There are approximately 130 species of crab spiders in North America and they are usually colored to match their surroundings. Some species can change their color to match the flower they're hiding on as they lie in wait, ready to jump out and ambush their prey.

Crab Spiders can be found just about anywhere there are insects to eat and places to hide. However, they won't be found in very dry deserts or very cold mountaintops. The spiders live and hunt alone and are usually active during the day.

Did you know? Spiders with small, strong jaws, such as the Crab Spider, make small holes in their prey and vomit their digestive fluids into the hole. As a result, they eat the insect from the inside out, leaving behind a hollow shell.