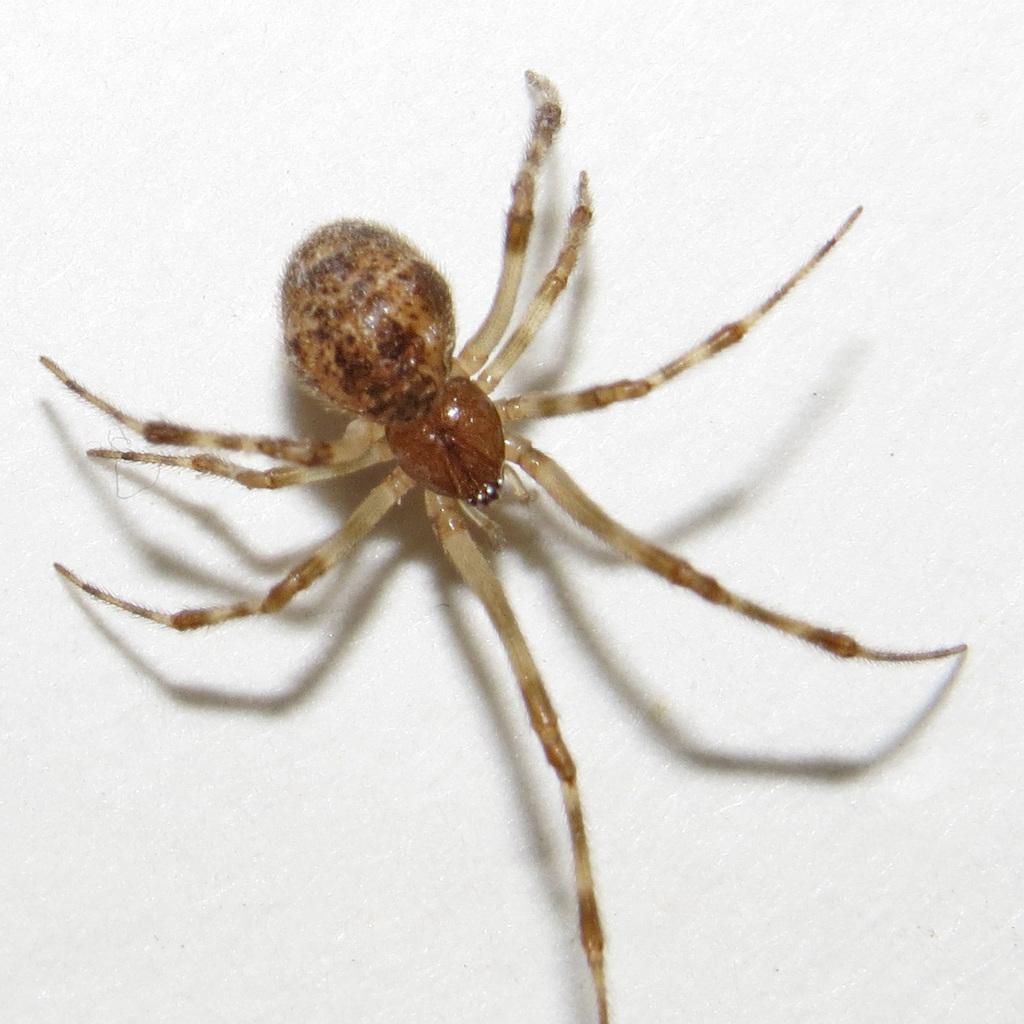 photo by Fyn Kynd CC BY

Spiders have 8 legs and 2 body parts, unlike insects that have 6 legs, 3 body parts, and antennae. House Spiders are the ones you are most likely to find inside your house. They are brown with patterned markings with a .25 in body and 1 in across with legs outspread. Their first pair of legs is almost 3 times as long as their body.

American House Spiders build a messy web. Insect passersby become entangled in the trap lines that connect the web to a surface. When this happens, the spider throws silk thread over its prey and hauls it into the centre of the web. They are athletic and can subdue prey much larger than themselves.

American House Spiders are used to living near people and won't bite unless grabbed and squeezed.

Could it be? Black and Brown Widow Spiders (poisonous) are similar in appearance but have a red or orange hourglass marking on their underside.

Did you know? A male approaches a female's web when it's ready to mate and will perform a courtship dance to ensure it isn't attacked.