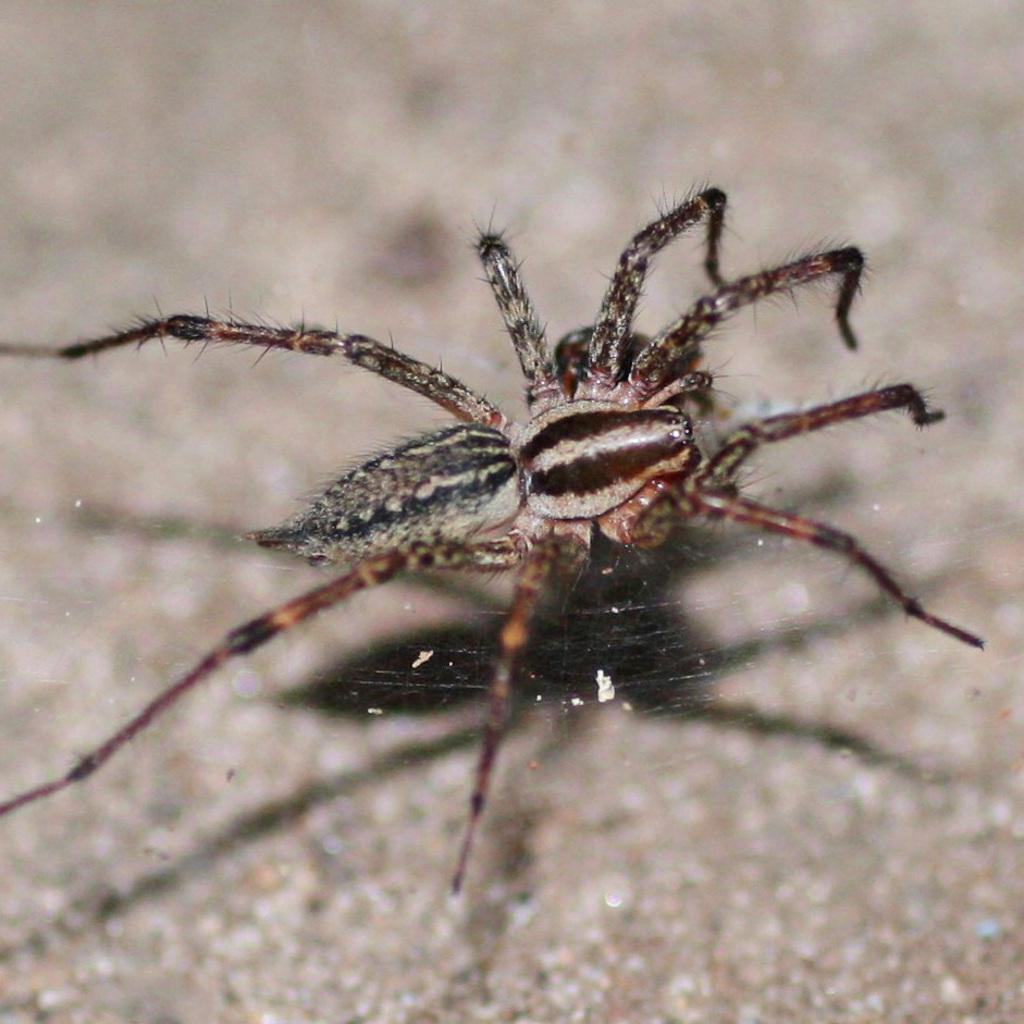 Spiders have 8 legs and 2 body parts, unlike insects that have 6 legs, 3 body parts, and antennae. Grass Spider are fairly large (.4-.8 in body). They are usually brown or gray with stripes near the head and a pattern on their back. There are often bands of different colors on their legs.

Grass Spider are also called Funnel Weaver Spider as they construct a flat, horizontal web across the grass or around buildings with a funnel on one side where they hide. The funnel is open on both ends so the spider can run away if it's attacked. The web isn't sticky, but it slows down any insects (usually flying ones) that try to cross it. The spider then rushes out from where it is hiding to grab and bite its prey.

Grass Spider can be found outdoors throughout North America. They may come indoors in autumn to escape the cold.

Did you know? Funnel webs are permanent. Grass Spiders only leave their web if they're frequently disturbed.