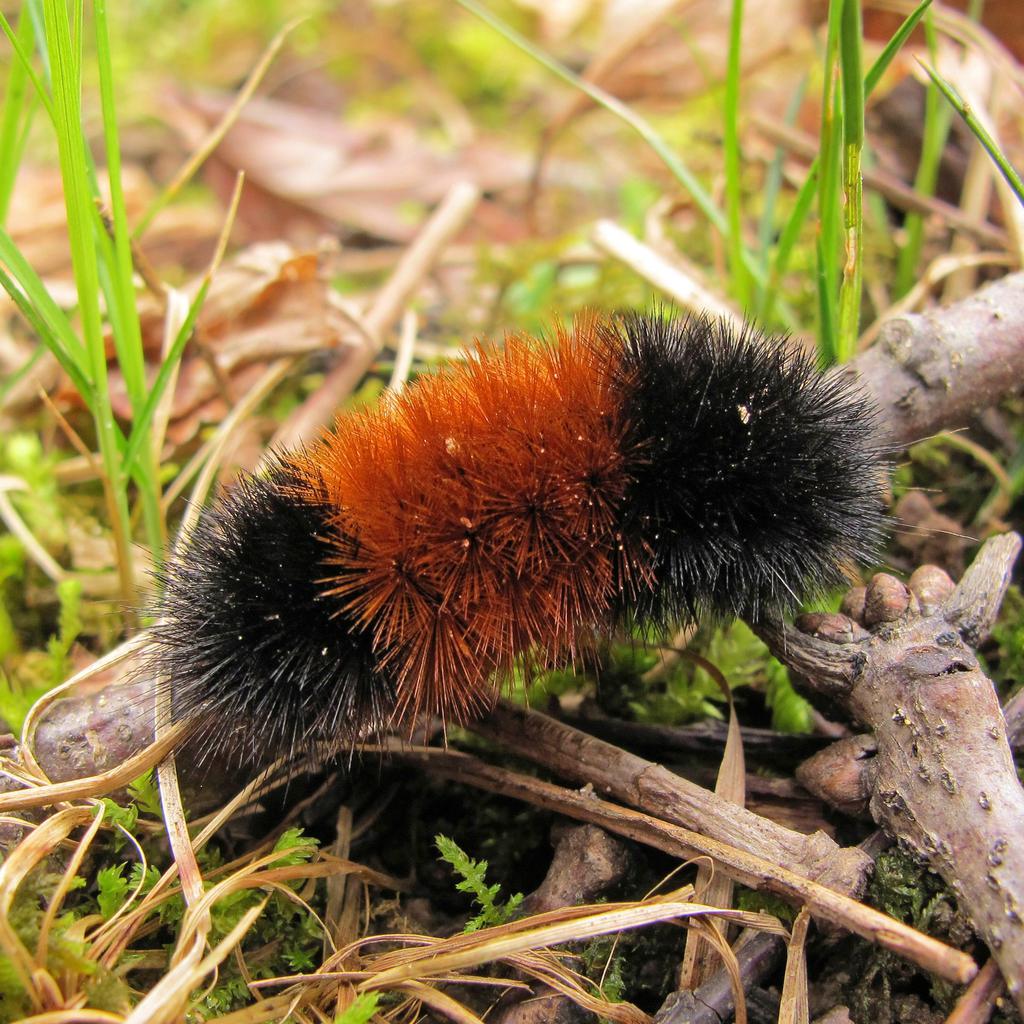 photo by Per Verdonk CC BY-NC

Banded Woolly Bear are the caterpillars of Isabella Tiger Moths. They have a fuzzy body, black at either end and rusty red in the middle. They are a familiar sight in autumn as they move around, looking for a sheltered spot to overwinter.

You may be less familiar with the adult moth, which are orange-yellow to yellowish-brown with black dots down their upper body.

Banded Woolly Bear are common across grasslands and urban areas in southern Canada and the United States. The caterpillars feed on maple (Manitoba Maple) and Elm trees, grasses, sunflowers, and clover.

Did you know? The width of the caterpillar's red band is said to predict the severity of the coming winter, but this isn't the case. The red band lengthens as the caterpillar matures, while wetter weather lengthens the black bands.