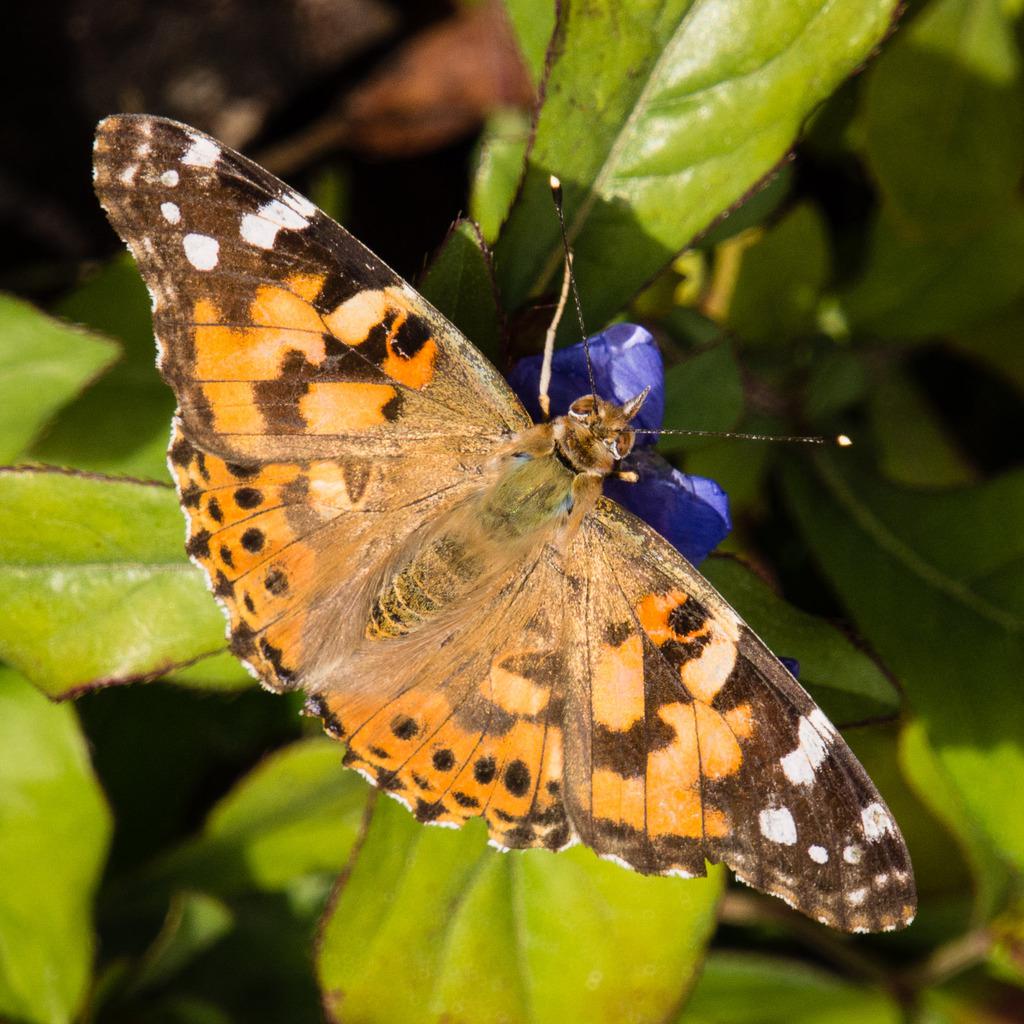 Painted Lady Butterfly prefer wide open areas such as fields and meadows but can live almost anywhere, including cities, swamps, deserts, and forests. The upper surface of their wings is orange-brown with a white bar on the front wings and 5 tiny black dots on the rear wings. The under surface of their wings has brown, black, and gray patterns with tiny dots. Their wingspan is 2-3 in.

The caterpillars are grayish-brown with a yellow stripe down their back and spikes along their sides and back. They eat the leaves of weeds and flowers (such as Thistles, Hollyhock, and Mallows).

Painted Lady Butterfly migrate every year from northern Mexico to Canada and the northern United States.

Did you know? Male Painted Lady defend their territory from other males and will court any female that crosses their path. In warm climates, they mate year round.