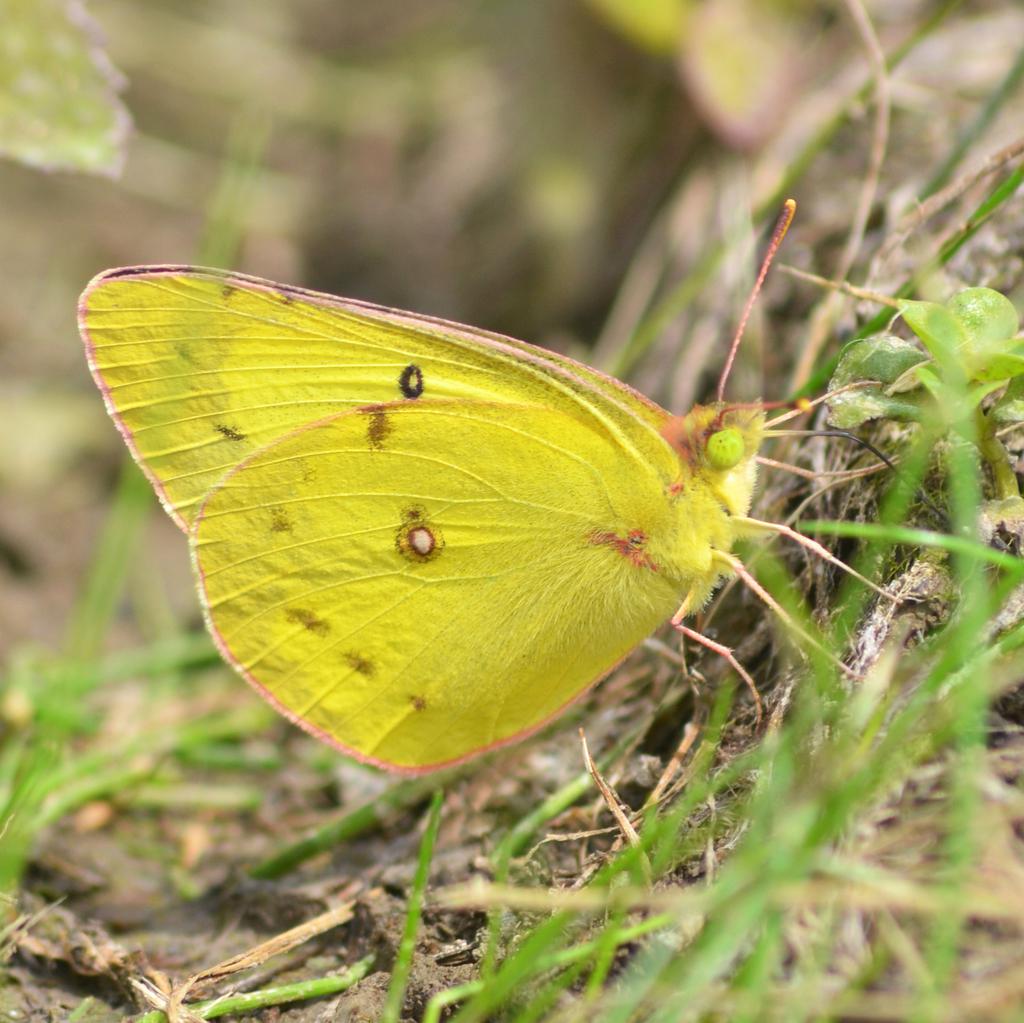 photo by Andrew Cannizzaro CC BY

Clouded Sulphur butterflies (1.5-2.5 inch wingspan) have light yellow wings with a black border on the upper side. The females' wings have yellow spots in the black border. There is also a greenish-white version. The underside usually has 2 silver spots circled in pink. They are one of the most common and widespread North American butterflies reaching their greatest numbers in late summer and early fall.

Clouded Sulphur can be found in open areas and are particularly common in fields with alfalfa and clover. The caterpillars are green with a dark stripe down their back and light stripes on their sides.

Did you know? During courtship, the males slap their wings against the female. This releases pheromones. The female responds by lowering her abdomen, and they mate.