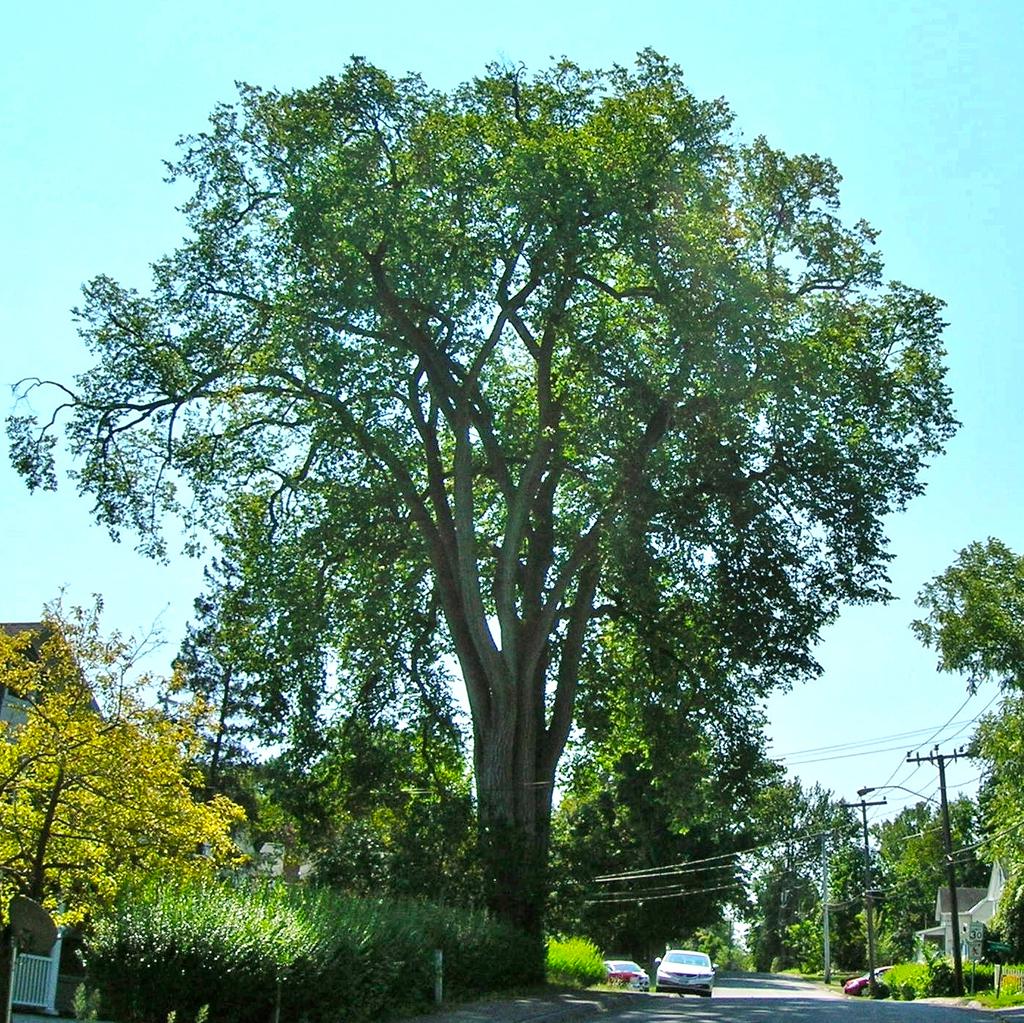 American Elm is native to eastern and central Canada and the United States. It has also been planted along city streets over much of North America. Drooping clusters of hairy, reddish-green flowers appear in early spring, producing round, flat, papery seeds.

Elm has a vase-shaped silhouette with a single trunk spreading into a wide canopy of branches. It can grow up to 115 ft tall. The dark green, oval-shaped leaves have a pointed tip and serrated edges and turn yellow in the fall. The bark is light to dark gray with deep, irregular grooves.

Did you know? Elm is threatened by Dutch elm disease. Notify your municipality if you spot a diseased tree.