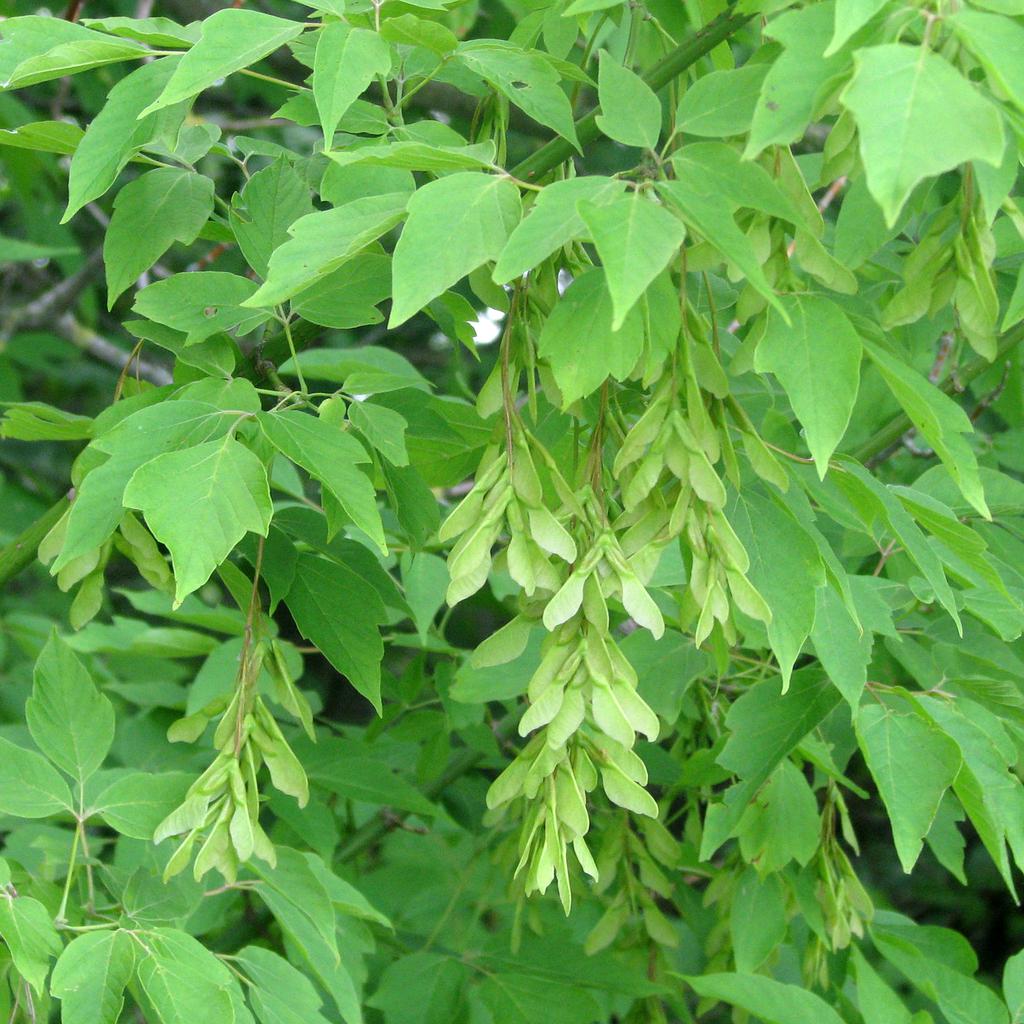 Manitoba Maple is native to Canada's prairie provinces but is now grown in most parts of Canada and the United States. Unlike most maples, the leaves consist of 3-9 small leaflets that turn yellow in the fall.

The Manitoba Maple is often found along lakes and streams or in river floodplains. The tree is from 30-60 ft tall with a short, crooked trunk, several thick branches, and a spreading, uneven crown. The bark on mature trees has shallow ridges.

The flowers appear as the leaves emerge forming small dangling clusters. In fall, you'll spot bunches of light brown, winged seed pods that spin in the air like helicopters when they fall.

Look for Boxelder Bugs at the base of Manitoba Maples. The small newly-hatched red bugs are particularly noticeable.

Did you know? Manitoba Maple seeds are an important food source for many small mammals and birds.