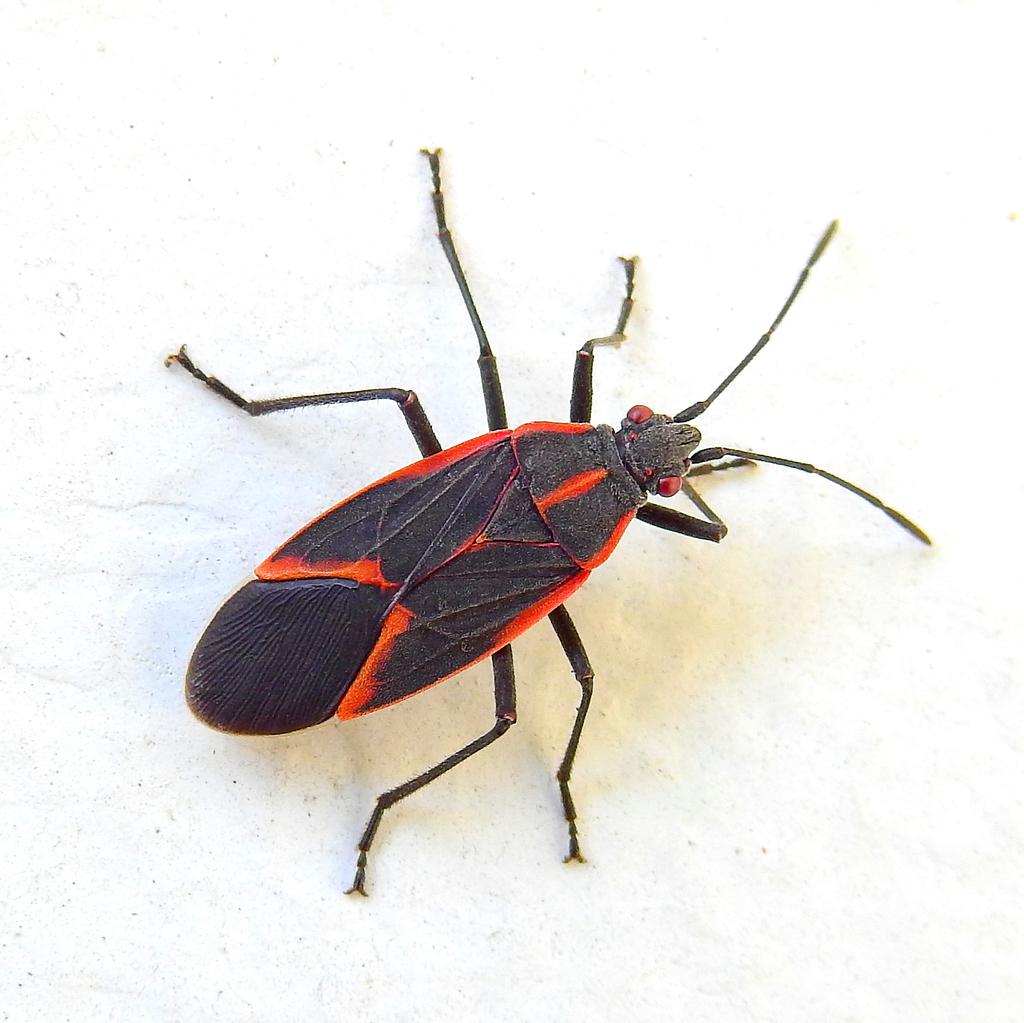 photo by Ken Gibson CC BY

Adult Boxelder Bugs are long (.5 in), flat insects with red markings on their dark back and wings. Young nymphs are bright red and wingless but develop black markings as they go through 5 molts. The red markings may be designed to discourage predators, letting birds or larger insects know that the bugs don't taste good.

Boxelder Bugs are common throughout southern Canada and the United States and can be found wherever there are Boxelder, Maple (Manitoba Maple), or Ash trees. They eat the leaves, flowers, seeds, and twigs of host trees but do no significant damage.

Boxelder Bugs live together in large groups. They hibernate together in the winter and gather together in warm spots in the summer (for example, south-facing walls of houses). The females lay 200-300 eggs on tree bark or in leaf litter, so you may spot large groups of bright red nymphs when they hatch.

Boxelder Bugs will sometimes enter homes and garages to hibernate but are harmless.

Did you know? If the weather is good and there is plenty of food, the first-generation adults will mate and produce a new generation of bugs within the same season.