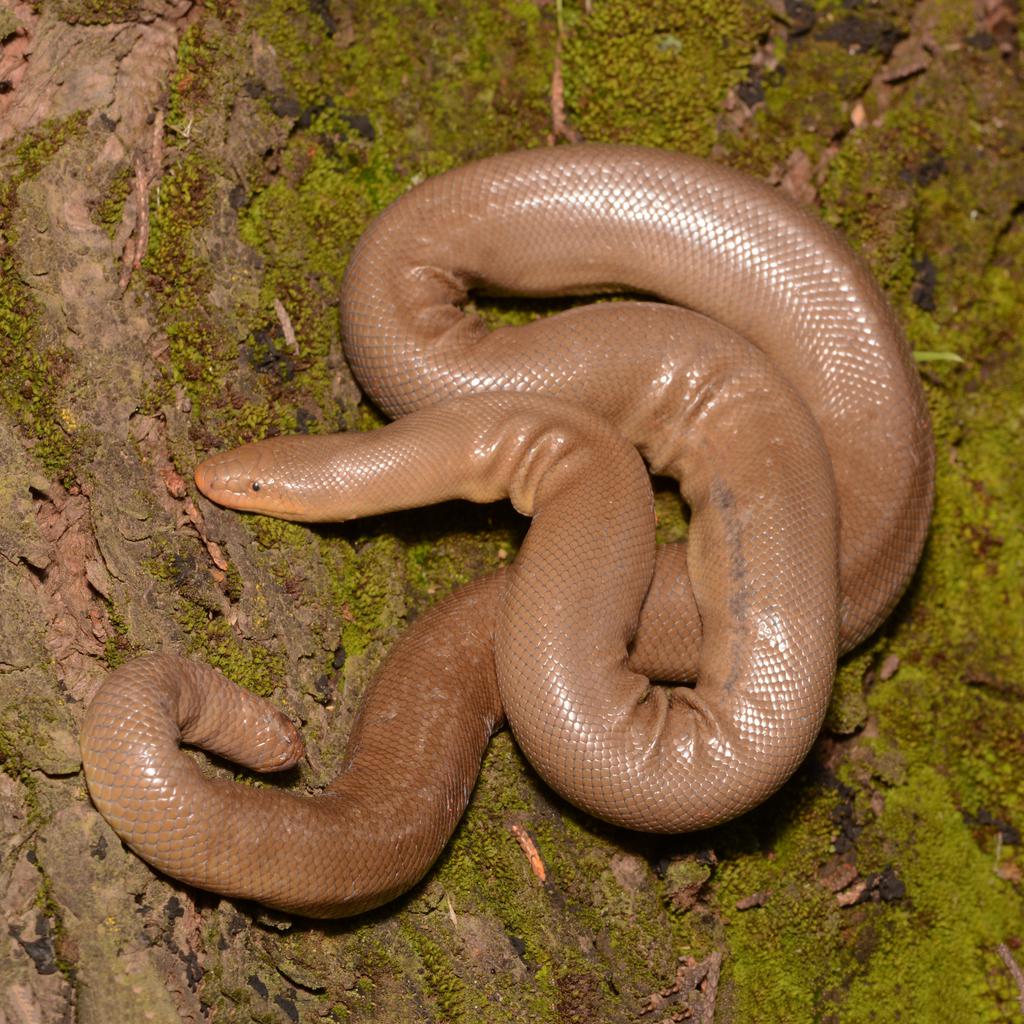 Rubber Boa have small, smooth scales giving them a shiny, loose skin that resembles rubber. They are small (1-2.5 ft) and thick-bodied with a light-brown back and a pale yellow belly. A small cap on the blunt tail makes it hard to distinguish head from tail.

Rubber Boa can be found from southern British Columbia to California and as far east as Idaho, western Utah, and Montana. They don't tolerate heat as well as other snakes and prefer cool, moist areas. They prefer sandy soils where they can burrow.

Rubber Boa are nocturnal and rarely seen. They specialize in squeezing and eating baby rodents, consuming whole nests when they find them.

Did you know? If threatened, Rubber Boa roll into a ball, hide their head, and raise their tail into the air as a decoy.