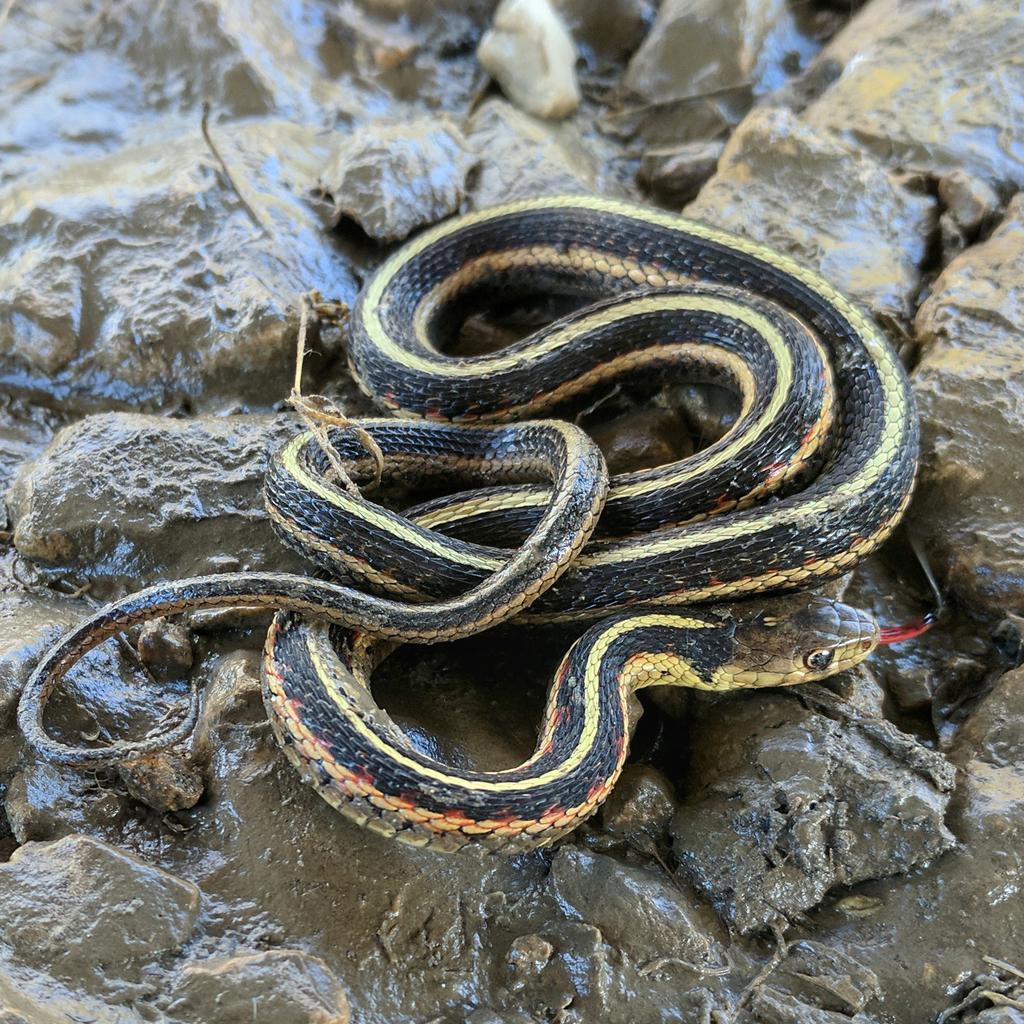 photo by USFWS Midwest CC BY

Garter Snake are long (1.5-4.5 ft), slender snakes and usually have 3 stripes on their back. There are, however, many regional variations in appearance. For example, Terrestrial Garter Snake (found in southern British Columbia, Alberta, and Saskatchewan and south to New Mexico) have a pale yellow stripe down their back and along each side.

Garter Snake are highly adaptable and can be found throughout North America although they prefer moist, grassy places so they're less common in the dry southwestern states.

Many Garter Snake hibernate in large communal sites called hibernacula, lying together in tight coils to stay warm. They give birth to live young from June to September.

Garter Snake can be found on rocks or paths, basking in the sun, on warm days. They are often found near water where they can find frogs and toads to eat.

Did you know? Some Garter Snake are strong swimmers and may even hunt in water.