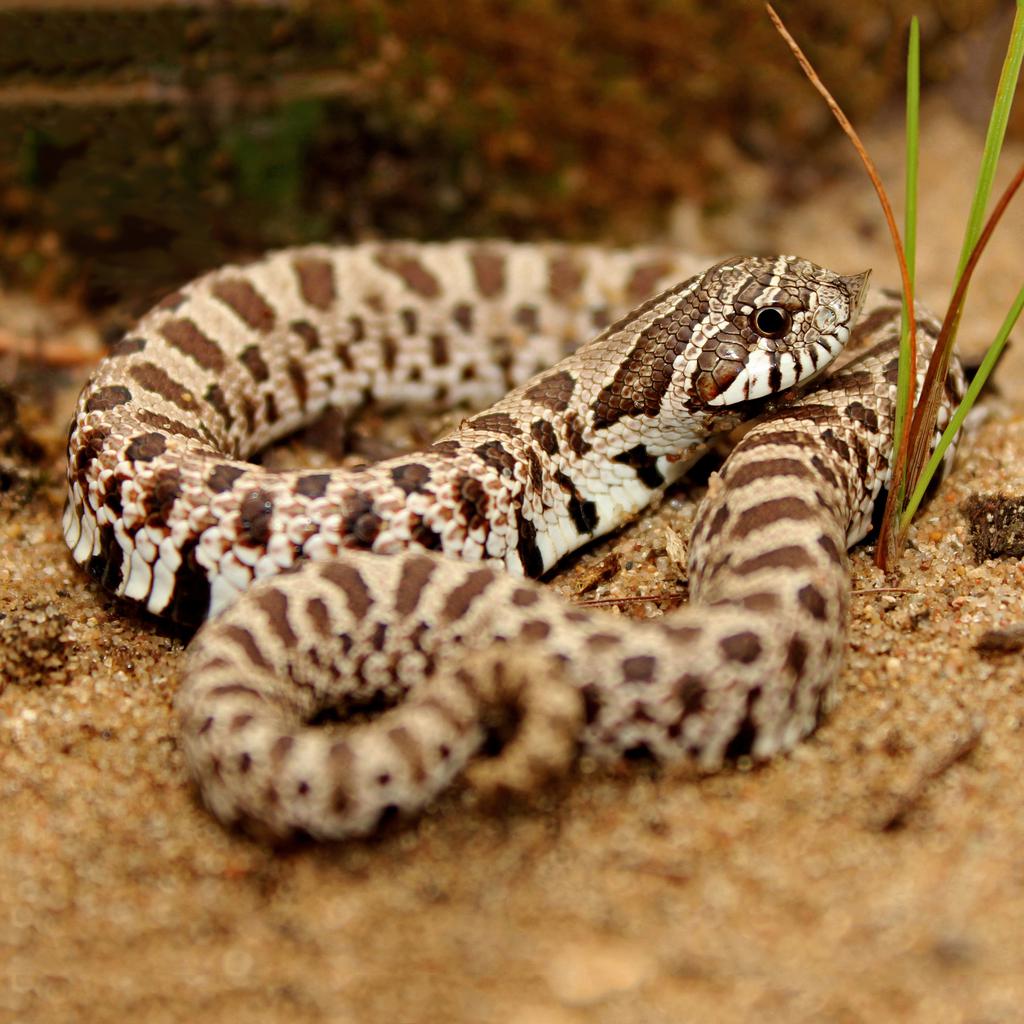 photo by Peter Paplanus CC BY

Hognose Snake are short (2-4 ft) and stout. They have an upturned, pointed snout they use to dig in the sand. Their color and pattern are extremely variable.

Hognose Snake can be found across the United States and parts of southern Canada in woodlands, prairies, farmlands, and coastal areas. They prefer loose sandy soil. They eat rodents and lizards, although Eastern Hognose specialize in eating toads.

Hognose Snake raise their heads and hiss or roll over and play dead when threatened. Their saliva occasionally causes localized swelling and blistering in humans but isn't poisonous.

Did you know? Snakes taste and smell the world using their tongues. They can tell which direction the scent is coming from because their tongue is forked.