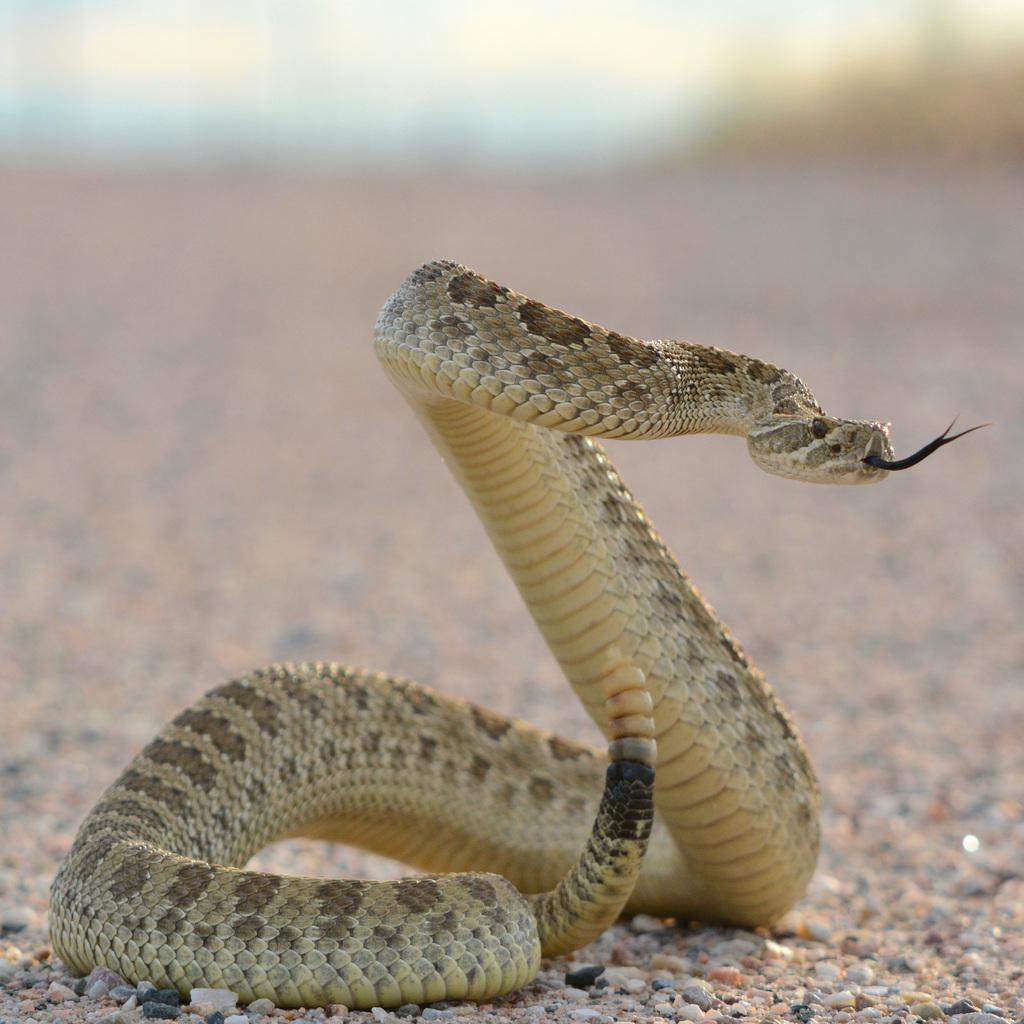 Rattlesnake have a thick body with a triangular head and are 1-5 ft long. The scales usually form a dark geometrical pattern on a light background. They are found in southern British Columbia, Alberta, and Saskatchewan and throughout the United States; however, the majority live in the deserts of the American southwest and northern Mexico. Arizona has 13 species of Rattlesnake, more than any other area in North America.

It's wise to be careful where you walk, especially around logs or rocky areas where snakes may be hiding or sunning themselves, but Rattlesnake only strike when provoked and their bite is not usually fatal. Before striking, they hiss and rattle the rings at the end of their tail to warn off predators.

Other snakes, such as the Bullsnake and the North American Racer, imitate the Rattlesnake in order to warn off predators.

Did you know? Rattlesnake immobilize their prey (rodents, lizards) with a toxic venom before swallowing it whole. Digesting the food makes them sluggish, so they normally hide out for a couple of days after eating.