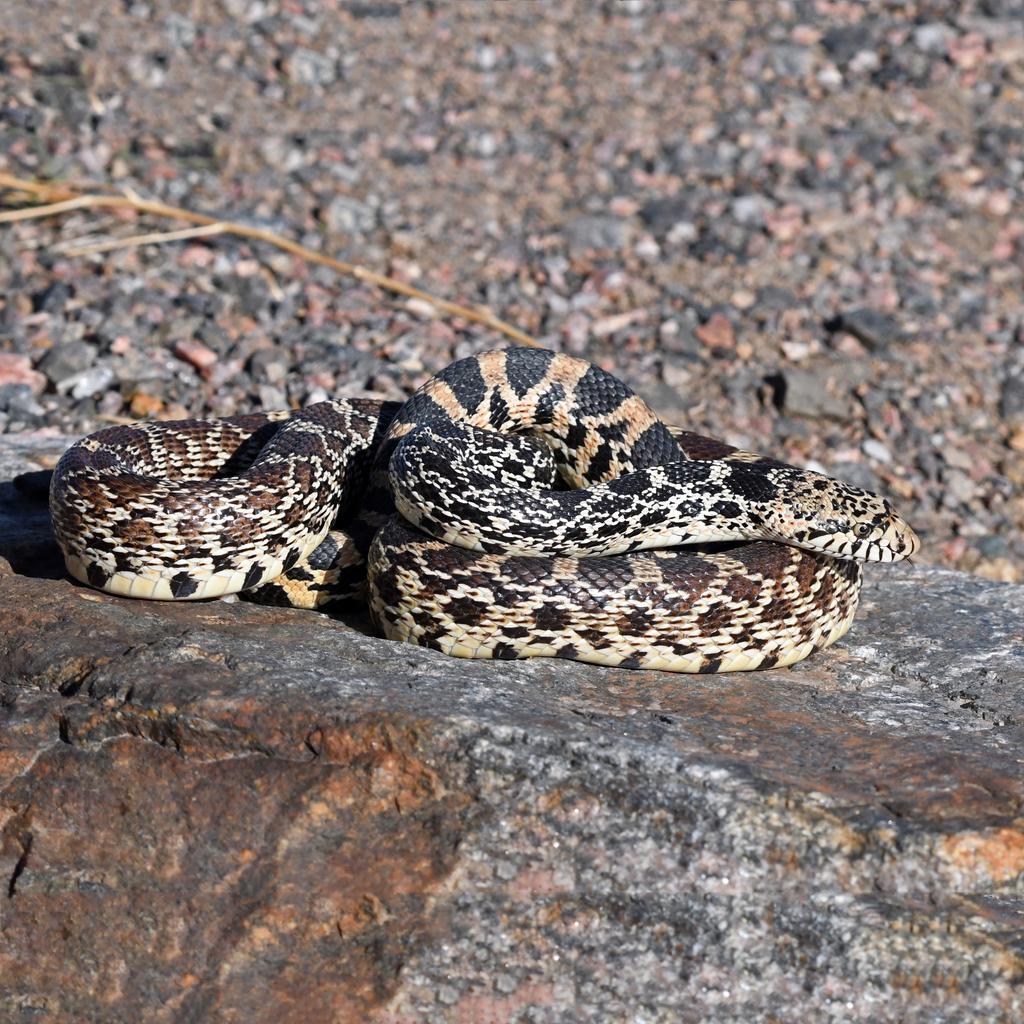 Bullsnake, also known as Gopher Snake, are 4-7 ft long. They have a large head, large eyes, and a narrow neck. They are light brown to yellow with a cream-colored belly and dark blotches on their back and sides. An enlarged nose shield helps them to burrow in the sand.

Bullsnake are harmless to humans. They eat mainly rodents but also birds and lizards that they squeeze to death. They spend up to 90% of their time in underground dens, hibernating over winter in communal dens.

Bullsnake prefer the loose sandy soil of prairies, deserts, and agricultural areas and can be found wherever rodents are abundant.

Could it be? Bullsnake can be mistaken for Rattlesnake which they mimic by flattening their head and rattling their tail in bushes or leaves. Rattlesnake are shorter with a heavier body and vertical, cat-like eyes.

Did you know? Bullsnake spend so much time in the summer sunning themselves that they can develop skin cancer.