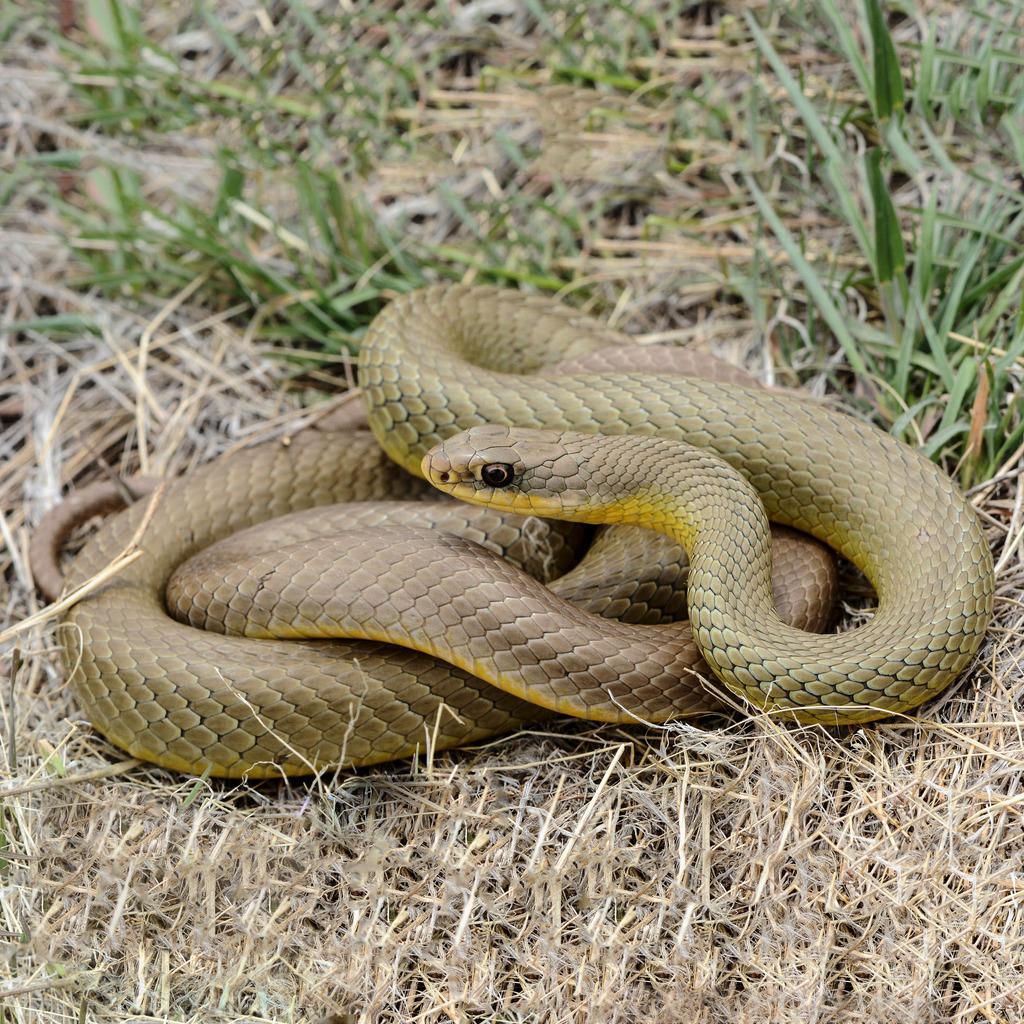 North American Racer are fast-moving, active snakes that can be found across the United States and in parts of southern British Columbia, Saskatchewan, and Ontario. They are 2-5 ft long and slender with large, round eyes. The back is solid blue, gray, or brown with a light-colored belly (white or yellow). The young are blotchy and a few sub-species are patterned.

Racers prefer open habitat with some cover. Some can climb trees, but they spend most of their time on the ground. They eat small animals, birds, frogs, and insects. Racers are active during the day. They hibernate during the winter in burrows, rock piles, and old foundations.

Racers rattle their tails in dry leaves and grasses to mimic Rattlesnake but are harmless to humans.

Did you know? Racers are curious and have good vision. They raise their heads to look around them.