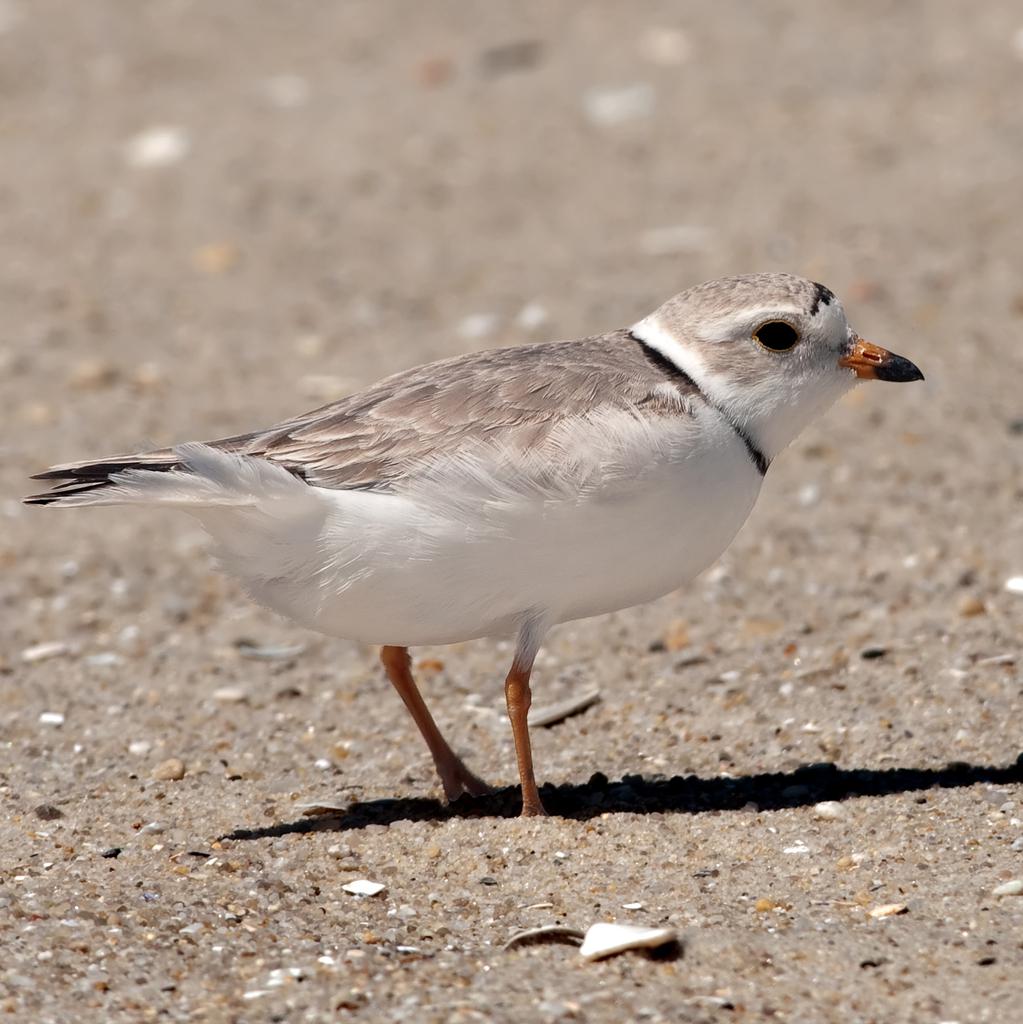 With a sandy gray back and head, tiny Piping Plover (6.5-7.5 in) are almost invisible until they run along the beach, stop, and tilt their head to pick an insect or worm from the sand. They have a white belly, yellowish-orange legs, and large black eyes. During the summer breeding season, they sport a black collar, a black line across their forehead, and a black tip on their short, orange beak. In winter, the bill is black and collar is broken and fades to gray.

Piping Plover breed in two different regions: along the coast in the northeast and around lakes and rivers on the northern plains and around the Great Lakes. They migrate to the Gulf Coast and the south Atlantic coast or the Caribbean in winter.

Piping Plover are an endangered species in both Canada and the United States.

Could it be? Killdeer are larger than Piping Plover with a darker back, two black bands on their chest, and a longer bill. Sanderling have bills as long as their head or longer.

Did you know? Intruders near a Piping Plover nest may be chased or bitten. One Killdeer was observed limping for an entire summer after getting too close to a nest.