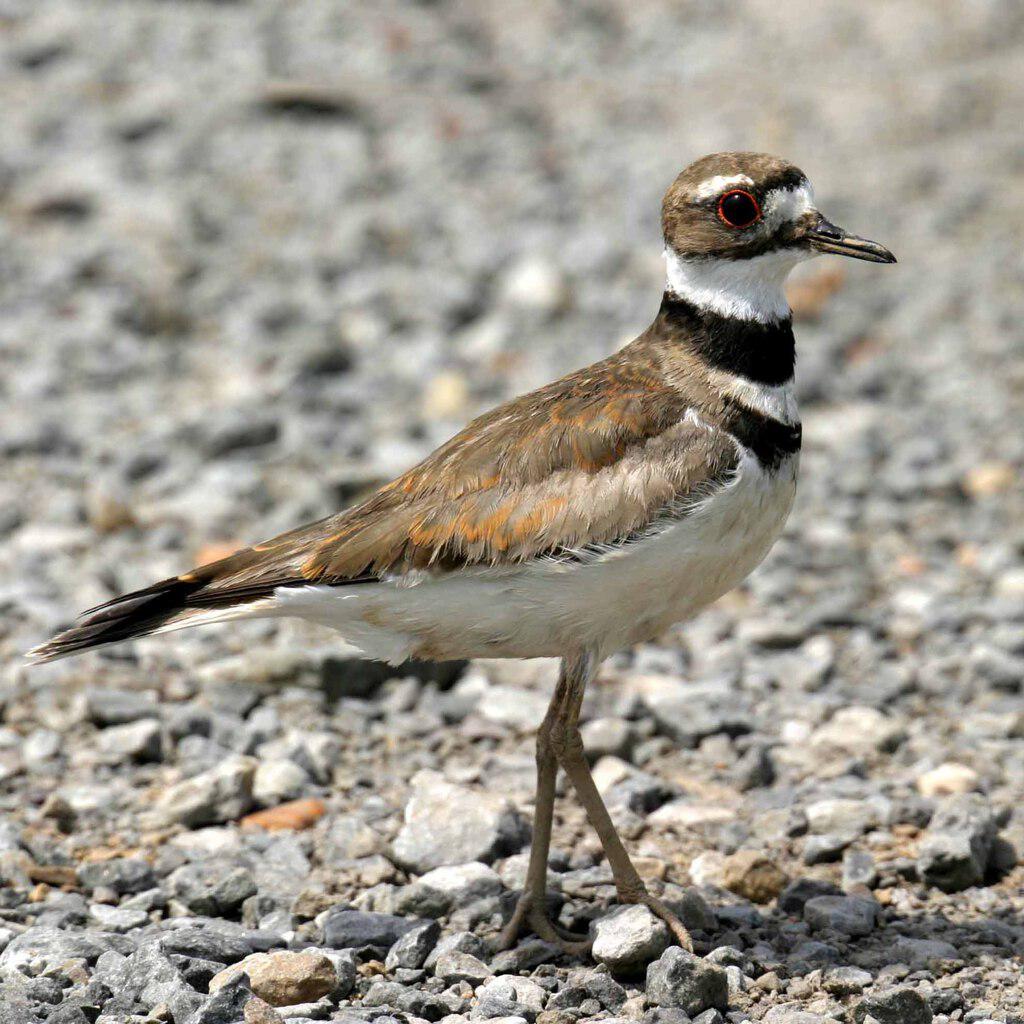 photo by Curt Hart CC BY

A common sight across Canada and the northern United States in summer and in the southern United States and along the west coast year-round, Killdeer can often be found at the water's edge but also on open ground with little or no vegetation (lawns, golf courses, roads, beaches).

Killdeer (8-11 in) have a large round head with large eyes and a short beak. They have a long, pointed tail and long wings (18 in wingspan). They are brown on top and white below with two black bands across their chest and black and white patches on their face. A bright orange patch on their rump is visible when flying.

Killdeer eat mostly insects and will follow a farmer's plow in search of worms. Their nest is a shallow depression scratched into the bare ground (often a gravel road). They lead predators away from their nest by pretending to have a broken wing.

Could it be? Juvenile Killdeer with only one black breast band can be confused with Wilson's or Semipalmated Plovers.

Did you know? In very hot climates adult Killdeer shade their eggs at midday and may soak their belly feathers to help cool the eggs.