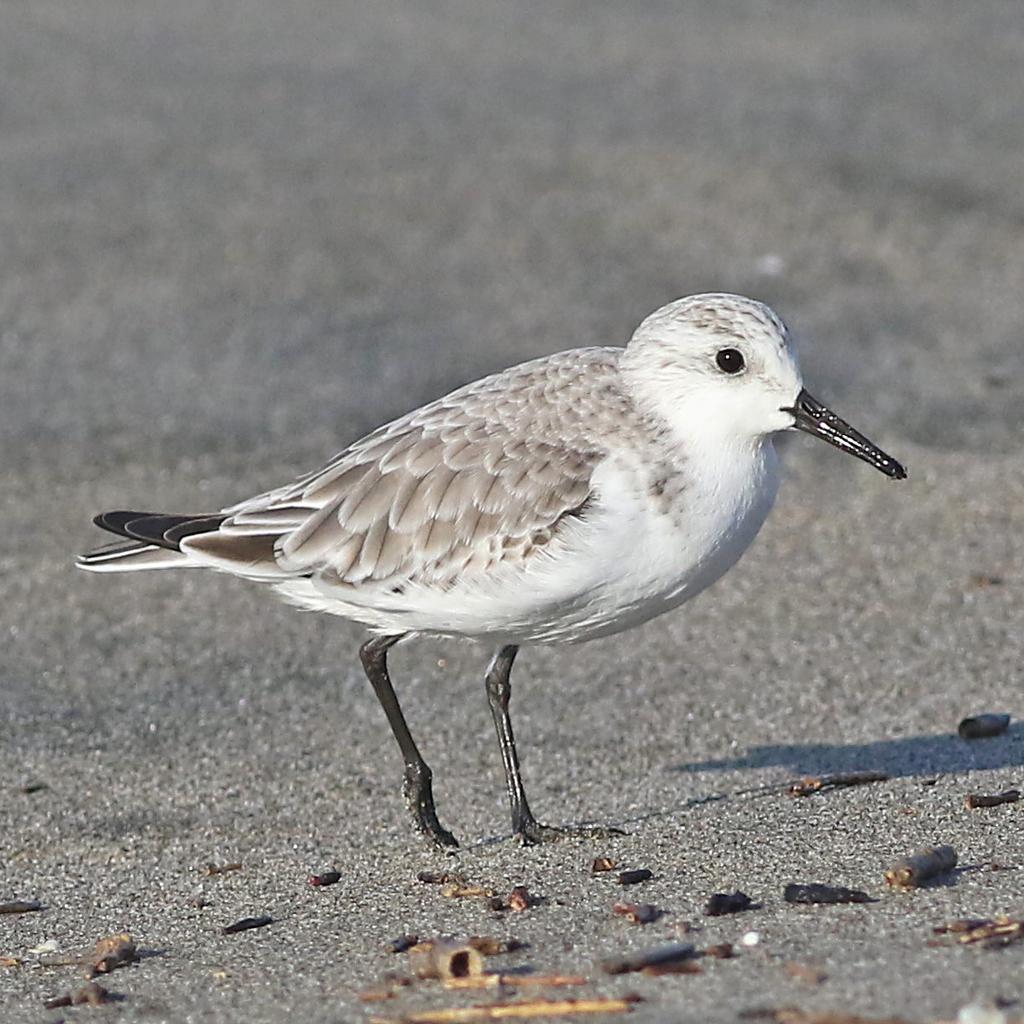 photo by Derek Keats CC BY

You're most likely to spot small flocks of Sanderling (7-8 in) in their pale winter plumage - light gray above and white below with black legs and beak - chasing the waves and probing the sand for crabs and other small crustaceans on the beaches of the Atlantic, Pacific, and Gulf coasts.

In summer, Sanderling breed on islands above the Arctic Circle on dry rocky tundra close to lakes or ponds.

Did you know? After eating, Sanderling will often regurgitate pellets of sand and mollusk and crustacean shells.