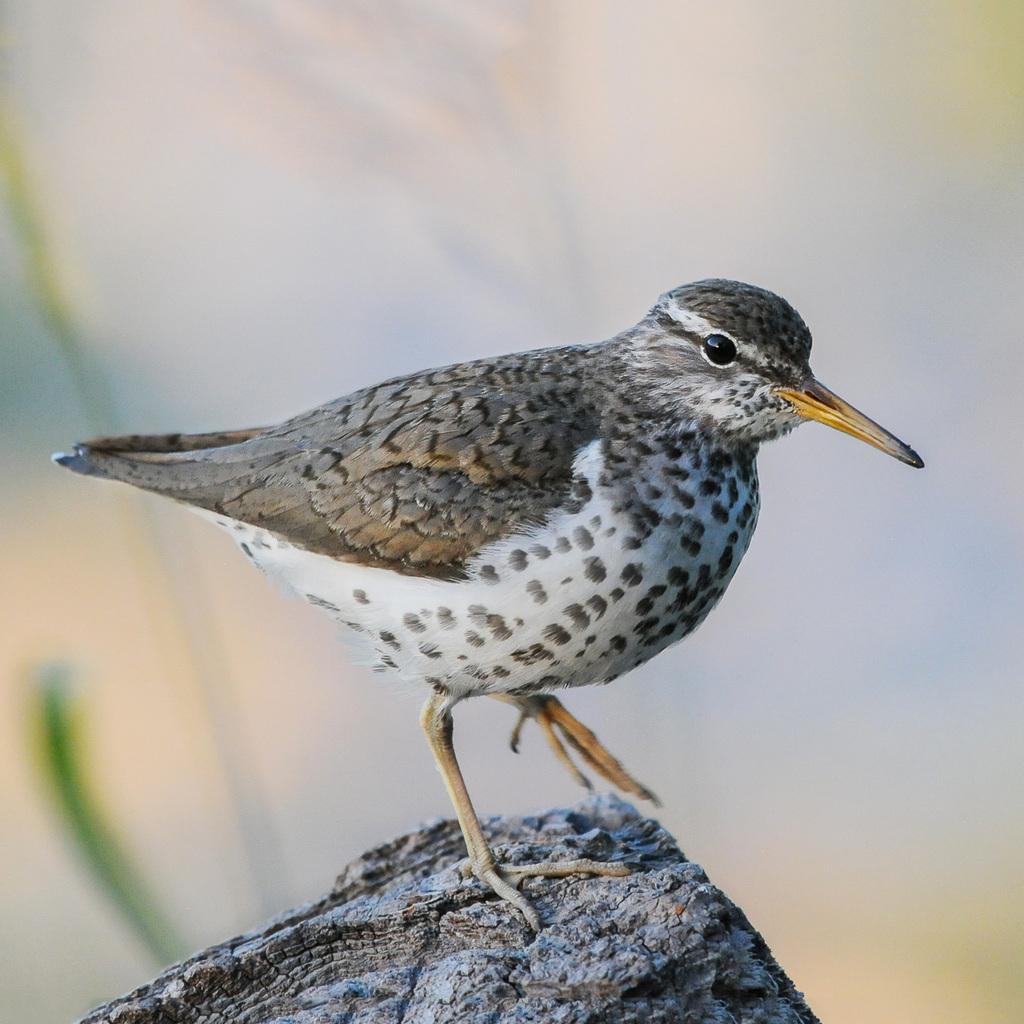 photo by Sunny CC BY

Most sandpipers nest in the far north, but Spotted Sandpiper are common near rivers, lakes, and streams and coastlines across North America in summer. Some winter along the Pacific coast and the southern United States, while others head even further south.

A medium-sized (7-8 in) shorebird, Spotted Sandpiper bob their tails up and down while walking.

The Spotted Sandpiper's bill is almost as long as its head and its body tapers to a longish tail. In summer, they have a dark-brown back, a white belly with dark spots, and a bright orange bill. The colors are more muted in winter with a light brown back, no spots on the belly, and a pale yellow bill. You can spot a white stripe on their wings when they are flying.

Did you know? Female Spotted Sandpipers mate with up to 5 males, leaving the males to incubate the eggs and feed the young.