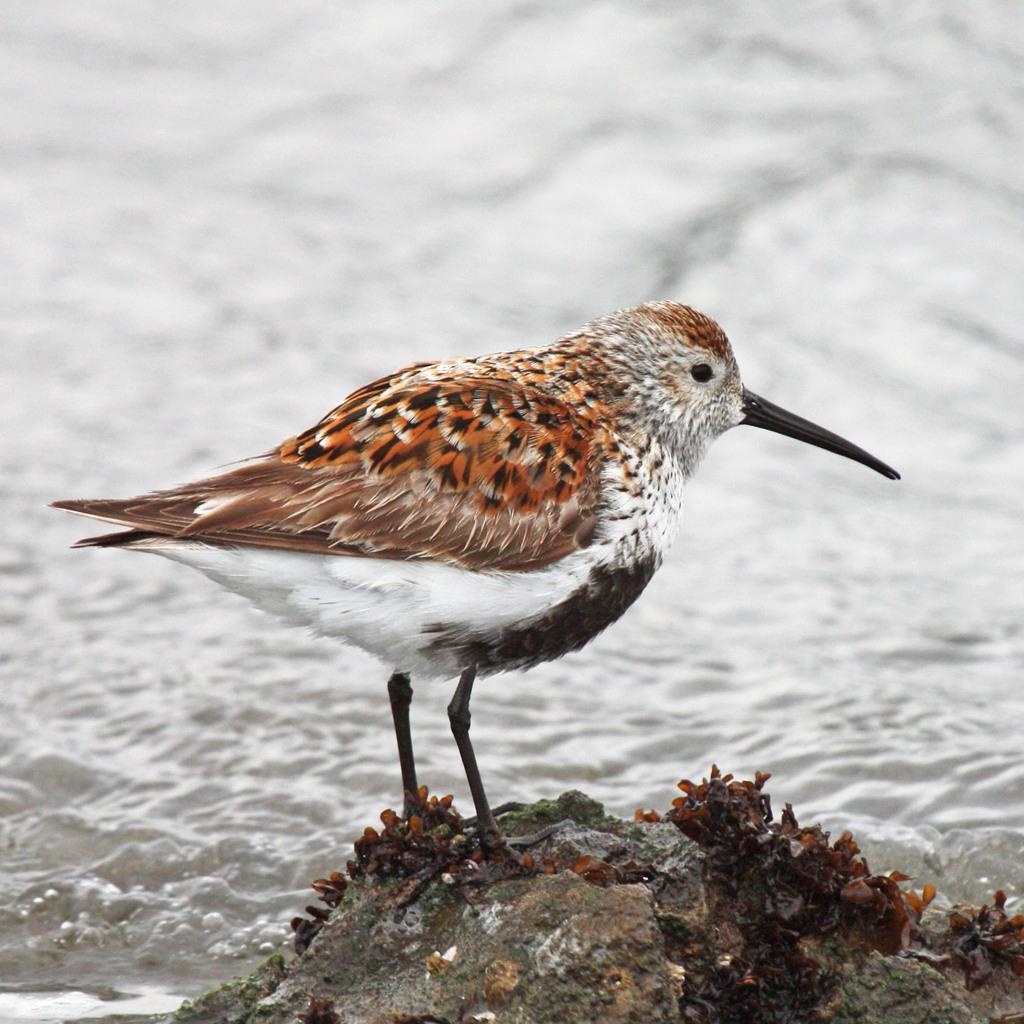 photo by Jason Crotty CC BY

Dunlin (6-9 in) are shorebirds with long black legs and a long, drooping black bill. Their winter coat is plain with a brown back and pale belly, but in summer the rusty-red feathers on their back and head and a black patch on their white belly are noticeable. In flight, large flocks turn and bank in unison.

Dunlin spend the summer breeding season on the wet coastal tundra of northern Alaska, Northwest Territories, and Nunavut. They winter along the Pacific, Gulf, and Atlantic coastal mudflats and estuaries as far north as New England and southern Alaska.

Did you know? Dunlin breeding in northern Alaska migrate down the eastern side of Siberia and Asia to Japan and China.