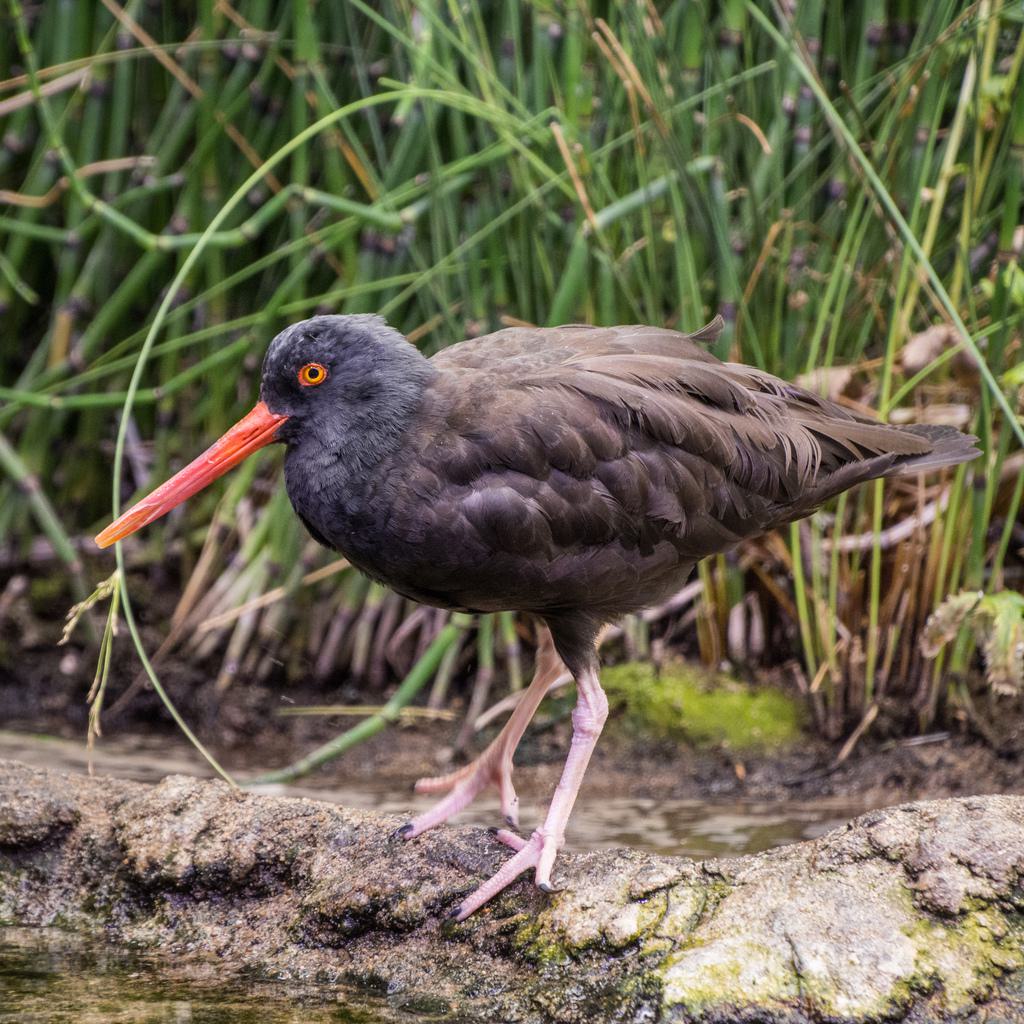 Black Oystercatcher are a year-round resident of the rocky Pacific shoreline from Alaska to Mexico. They are a stout bird about the size of a crow (17 in long) with a thick, bright orange beak, red-ringed yellow eyes, and pink legs. Juveniles are dark brown with a brown-tipped, dull red beak.

Black Oystercatcher can usually be found in pairs foraging for mussels and other shellfish at low tide. They use their strong beak to pry open or smash the shells. They spend most of their time on rocky areas but can be seen on mudflats during the winter. They occasionally forage for worms on grassy areas close to the ocean such as golf courses.

Black Oystercatcher almost always nest on islands. The nest is a shallow scrape lined with a few pebbles and broken shells. The male and female take turns sitting on the 1-4 eggs. The young can fly and begin to find their own food at 5 weeks, but the parents continue to care for them for several months.

Black Oystercatcher are still numerous along the Pacific coast but are vulnerable to oil spills and other pollution in the intertidal zone as well as disturbances such as feral cats at nesting sites.

Could it be? Black Oystercatcher from Alaska to Oregon are entirely black. Further south, they show increasing numbers of white feathers and a browner abdomen due to hybridization between Black and American Oystercatchers.

Did you know? Black Oystercatcher remain in mated pairs year-round. They communicate via high-pitched whistles or trills.