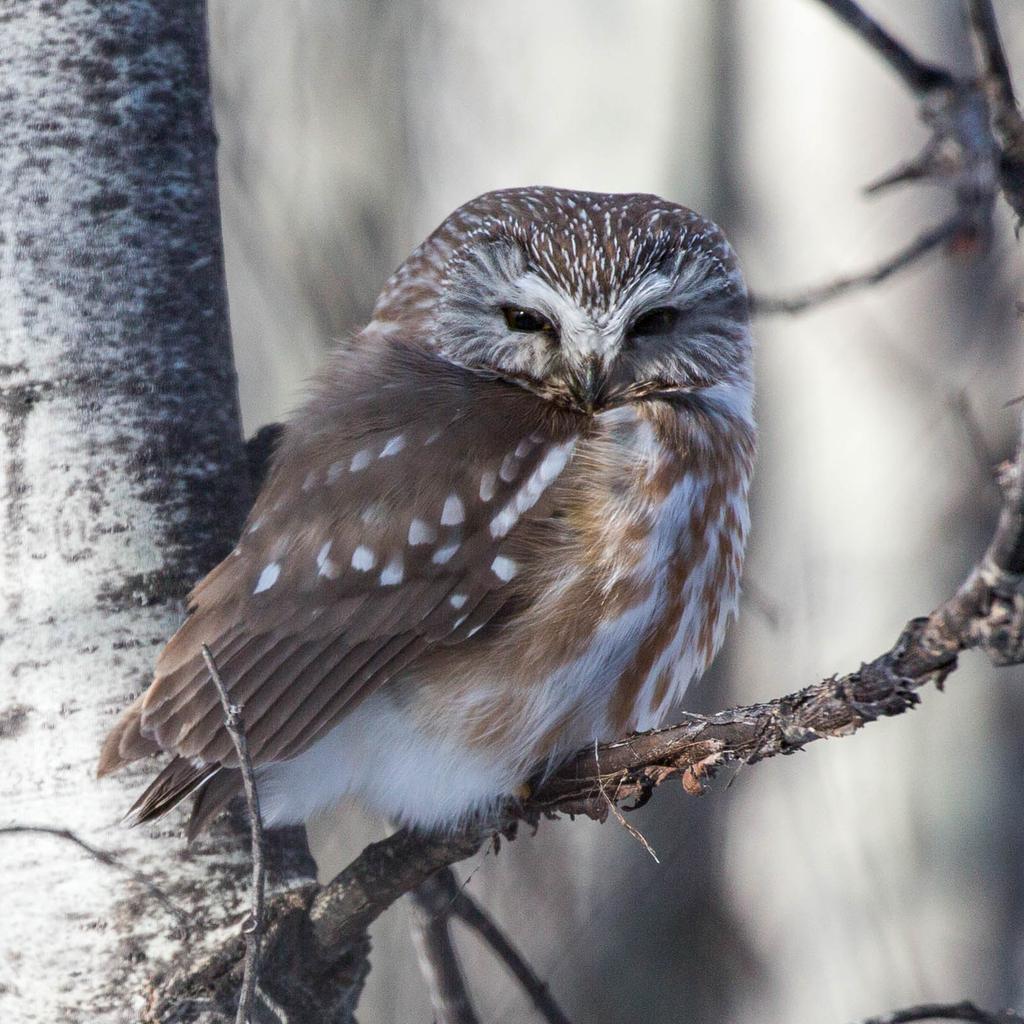 photo by David Mitchell CC BY

Northern Saw-whet Owl are small (7-8.5 in), close to the size of a Robin. They have a large round head, big yellow eyes surrounded by a white facial disc, and no ear tufts. They have a brown back and a white breast with dark brown streaks.

Northern Saw-whet Owl are forest dwellers and can be found year-round in southern Canada, southern Alaska, as well as forested regions from Washington to California, from Montana to Arizona and New Mexico, and around the Great Lakes and the northeastern United States. They winter in the dense forests of central and southern United States.

They hunt at night for rodents, especially mice. Listen for their single shrill repeating call.

Could it be? Northern Saw-whet Owl are smaller than Boreal Owl with streaks instead of spots on their forehead. Screech Owl are also small, but they have ear tufts.

Did you know? Young Northern Saw-whet Owl are very distinctive as they have a dark brown head, a white triangle on their forehead, and a rusty-colored breast.