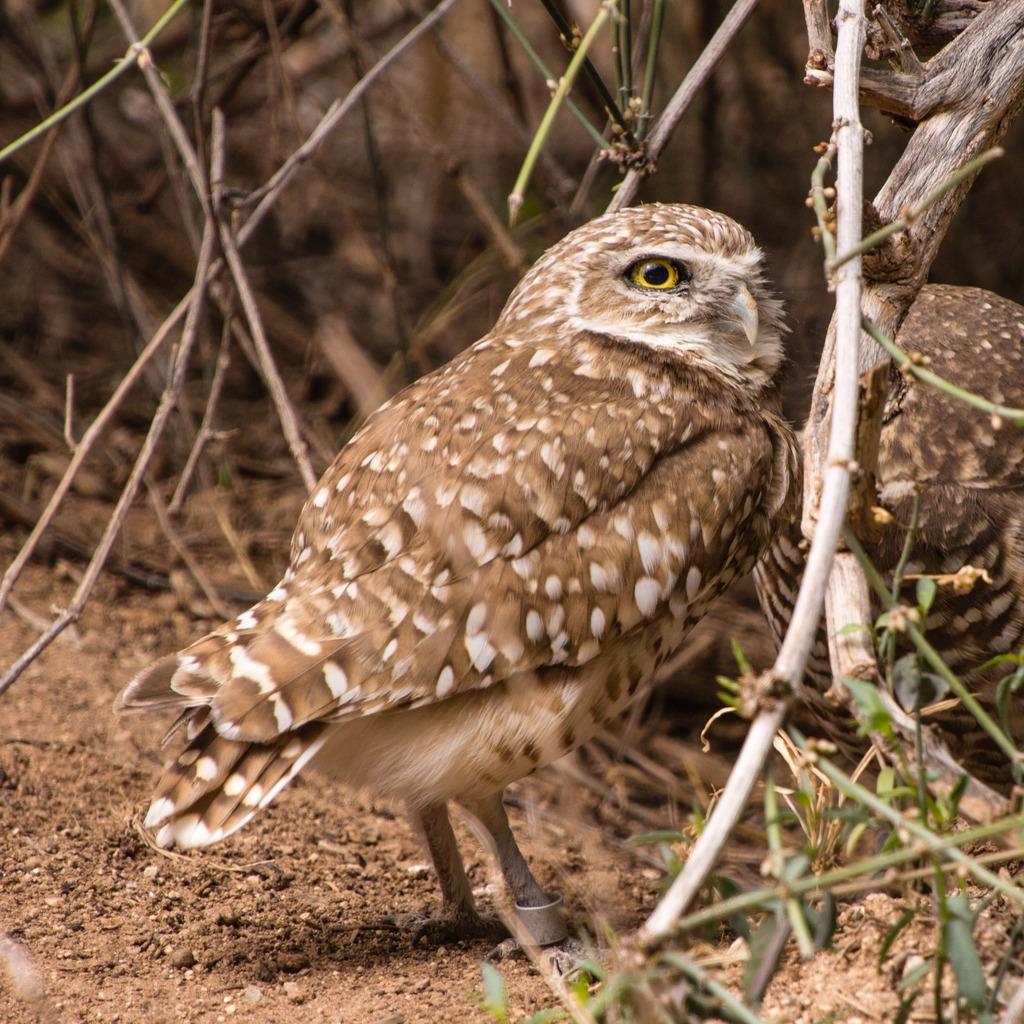 Burrowing Owl are tiny (7.5-10 in) with long legs and a short tail. They are mottled brown with white eyebrows and throat. They are found during the summer in southwestern Canada and the western United States. Northern birds migrate further south for the winter. They can be found year-round in southern California, New Mexico, Arizona, Texas, and the Florida Panhandle.

Burrowing Owl live in treeless areas with an open view and plenty of holes for shelter. Look for them standing on the ground next to their burrow or on a nearby fence post. You may see them near a Prairie Dog colony as the owls use the abandoned burrows for nests.

Burrowing Owl turn their head upside down when curious and bob up and down when threatened.

Could it be? Unlike many owl, Burrowing Owl are active day and night. Long-eared Owl, Short-eared Owl, and Snowy Owl also live in grassland areas, but they're all much larger than the Burrowing Owl. Short-eared Owl (14-17 in) are the most similar, but they have shorter legs, an obvious facial disc, and fly low over the fields rather than walking on the ground.

Did you know? Burrowing Owl often line the entrance to their burrows with animal dung to attract insects that they can catch and eat.