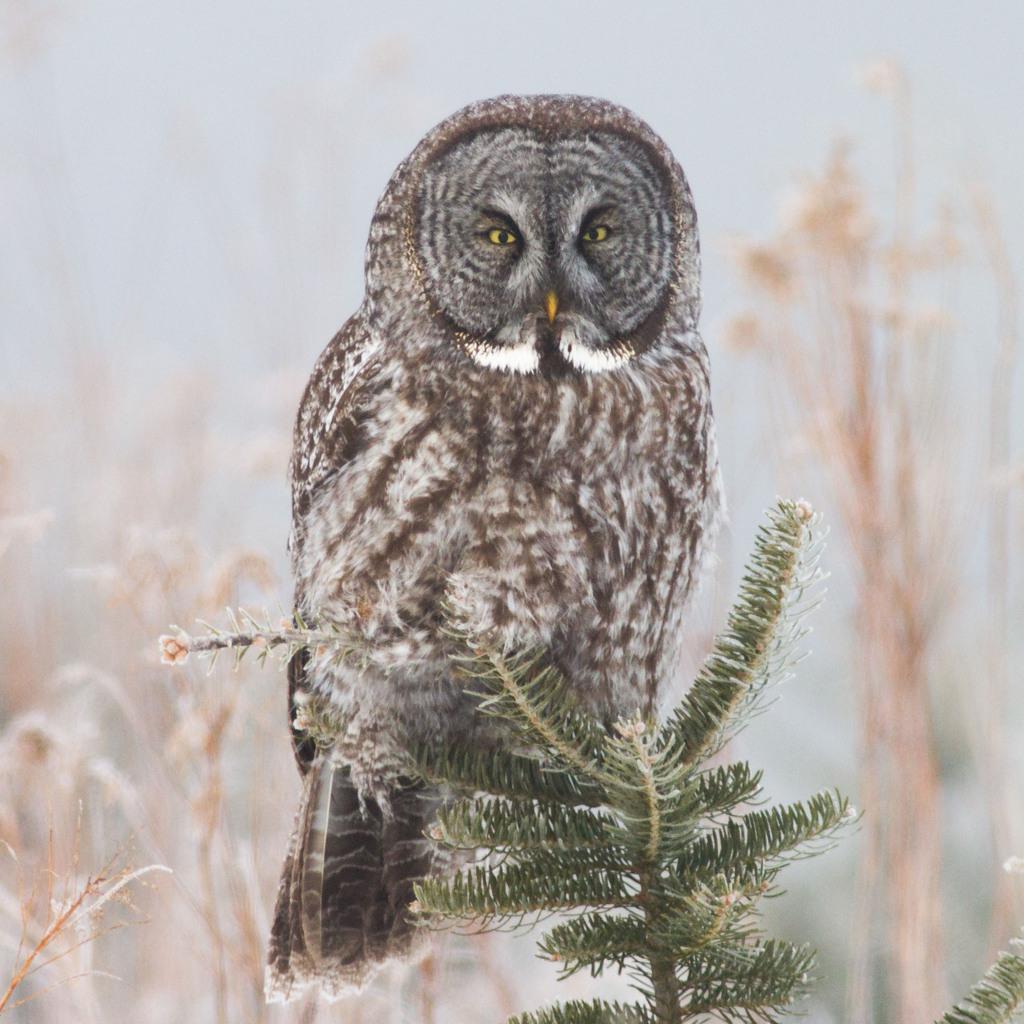 photo by Fyn Kynd CC BY

Great Gray Owl can be found year-round in the evergreen forests of Alaska and northern Canada as well as the western mountain region stretching from British Columbia through Washington, Idaho, Montana, and parts of California.

Great Gray Owl are the tallest (24-33 in) North American owl with the largest wingspan (4.5-5 ft) but are mostly fluff and only half the weight of a Snowy Owl or Great Horned Owl.

They have silvery gray feathers, a round head with a large facial disc, a black and white bowtie across the neck, and yellow eyes and beak.

Great Gray Owl hunt for rodents and other small mammals during the day. They prefer a mix of dense forest for nesting and roosting and open areas (meadows, clearings) for hunting.

Could it be? Great Horned Owl hunt at night and have earlike tufts on their head. Northern Hawk Owl are also found in northern boreal forests, but they have a long tail and short pointed wings. Barred Owl are smaller with dark eyes and no black-and-white throat markings.

Did you know? Great Gray Owl have very good hearing and can detect prey under 2 ft of snow thanks to the facial disc feathers that channel sound to the ears.