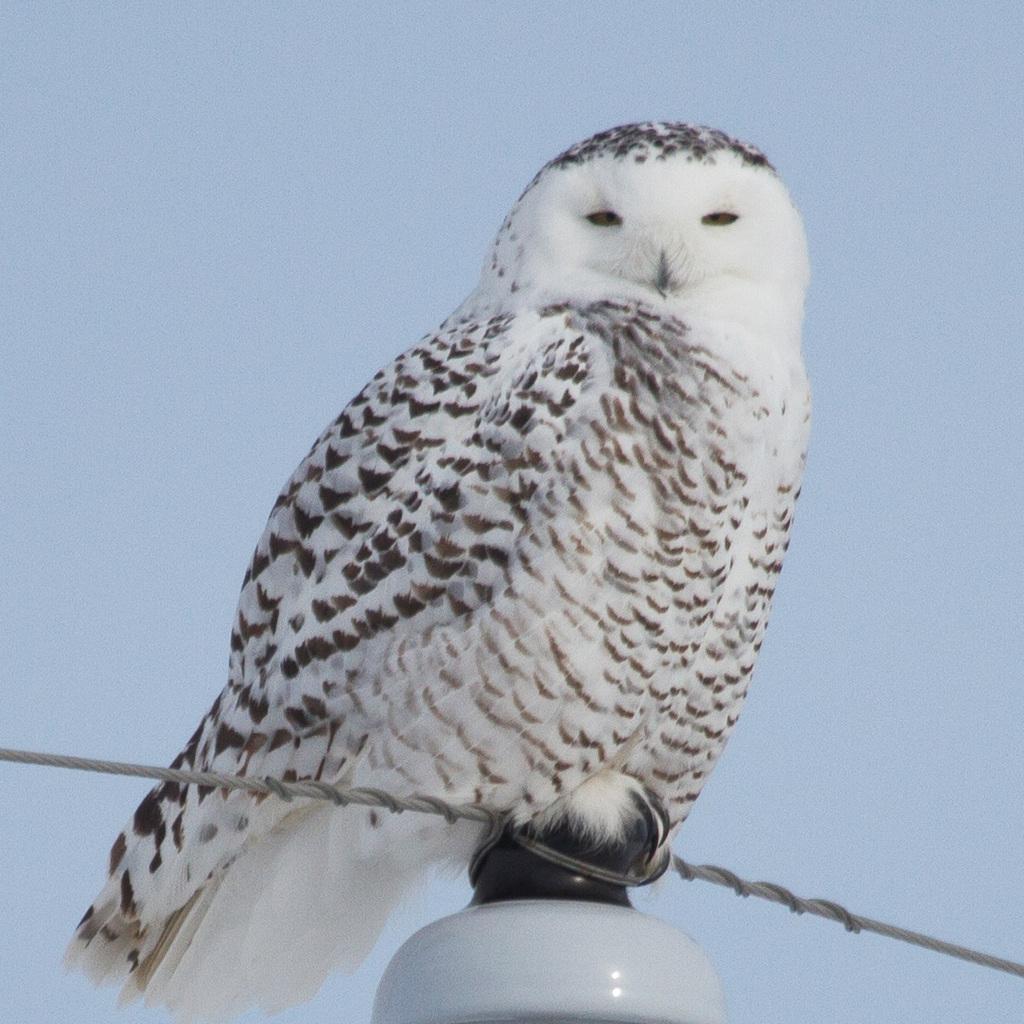 photo by David Mitchell CC BY

The largest North American owl (20-28 in, 50-57 in wingspan), Snowy Owl have a round head and yellow eyes in a white facial disc. Males can be pure white, but females have mixed white and brown feathers.

Snowy Owl prefer treeless, wide-open spaces. The islands high above the Arctic Circle are their summer breeding grounds. Some can be found year-round along the northern Arctic coast from Alaska to Labrador, while others head further south into Canada and the northern United States in winter. Some years large numbers will appear south of the Canadian border in search of food.

Fence posts, hay bales, and other perches provide good look-out spots for Snowy Owl as they hunt for small animals, including Lemming and Ptarmigan. They often sit on the ground so they prefer hilly ground where they'll have a good view.

Barn Owl are smaller, browner, and nocturnal. Gyrfalcon are smaller and slender with a long tail

Did you know? Snowy Owl hunt both day and night, perhaps because they've adapted to almost day-long sunlight in the Arctic.