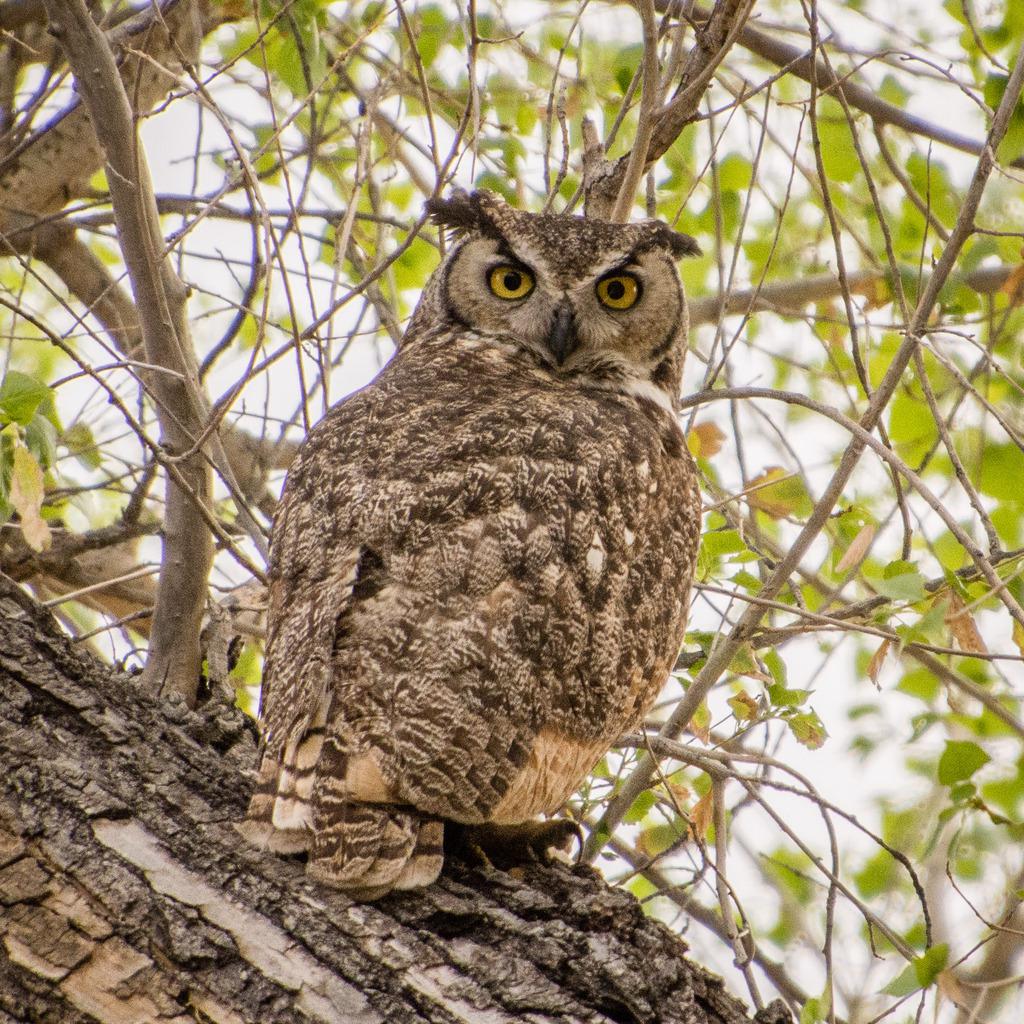 Great Horned Owl are large (18-25 in) with long earlike tufts on their head, a white bib, and a dark brown body with white markings. They have a deep hooting voice that is unlike any other North American Owl. The males are smaller than females and have a deeper voice.

Great Horned Owl can be found year-round in forests from the Arctic to South America. Their short, wide wings allow them to manoeuvre between the trees.

They hunt at night and are fierce predators with prey ranging from birds or mammals larger than themselves to small insects, mice, and frogs. They use their large, strong talons to break the spine of large prey.

Could it be? Great Gray Owl are also forest dwellers, but they hunt during the day and don't have ear tufts. Long-eared Owl prefer open grasslands and are smaller and slender with ear tufts that point straight up rather than out at a slight angle.

Did you know? Great Horned Owl can look in any direction by swiveling their head 180 degrees.