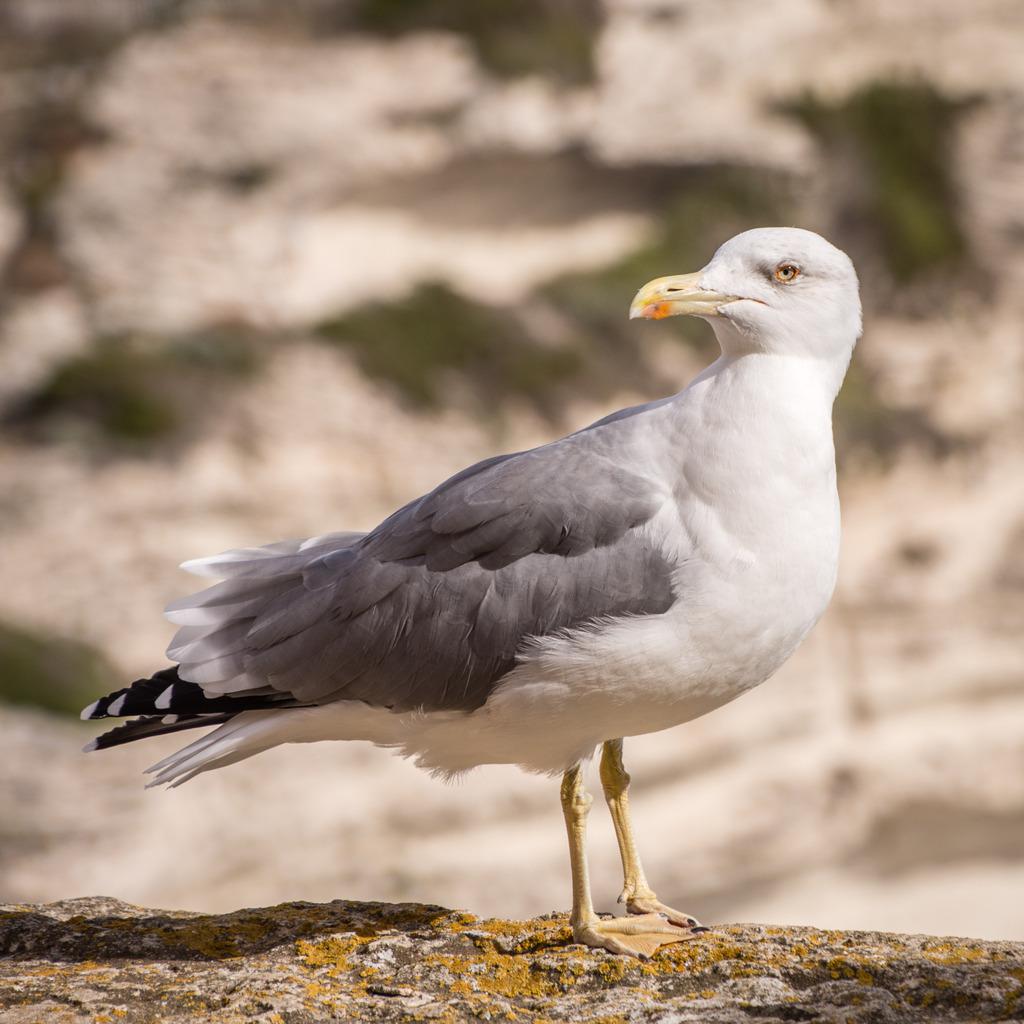 Herring Gull are one of the most familiar gulls of the North Atlantic and can be found along both North American coasts in winter. They are found year-round along the southern coast of Alaska, around the Great Lakes, along the St. Lawrence River, and on the Atlantic coast from North Carolina to Newfoundland.

Herring Gull are large birds (22-26 in long) with a red spot near the tip of the lower half of their large yellow bill. In flight, they look barrel-chested and broad-winged compared to smaller species.

Herring Gull are loud and competitive scavengers, spending much of their time perched near food sources. They also eat large numbers of aquatic and marine animals and berries. They drop Clams and other shellfish on exposed rocks or parking lots in order to break the shells and get at the soft interior.

Could it be? California Gull and Ring-billed Gull are much smaller. Glaucous-winged Gull have a stockier body, shorter wings, and a thicker bill.

Did you know? If necessary, Herring Gull can drink seawater, excreting the salt through glands over the eyes.