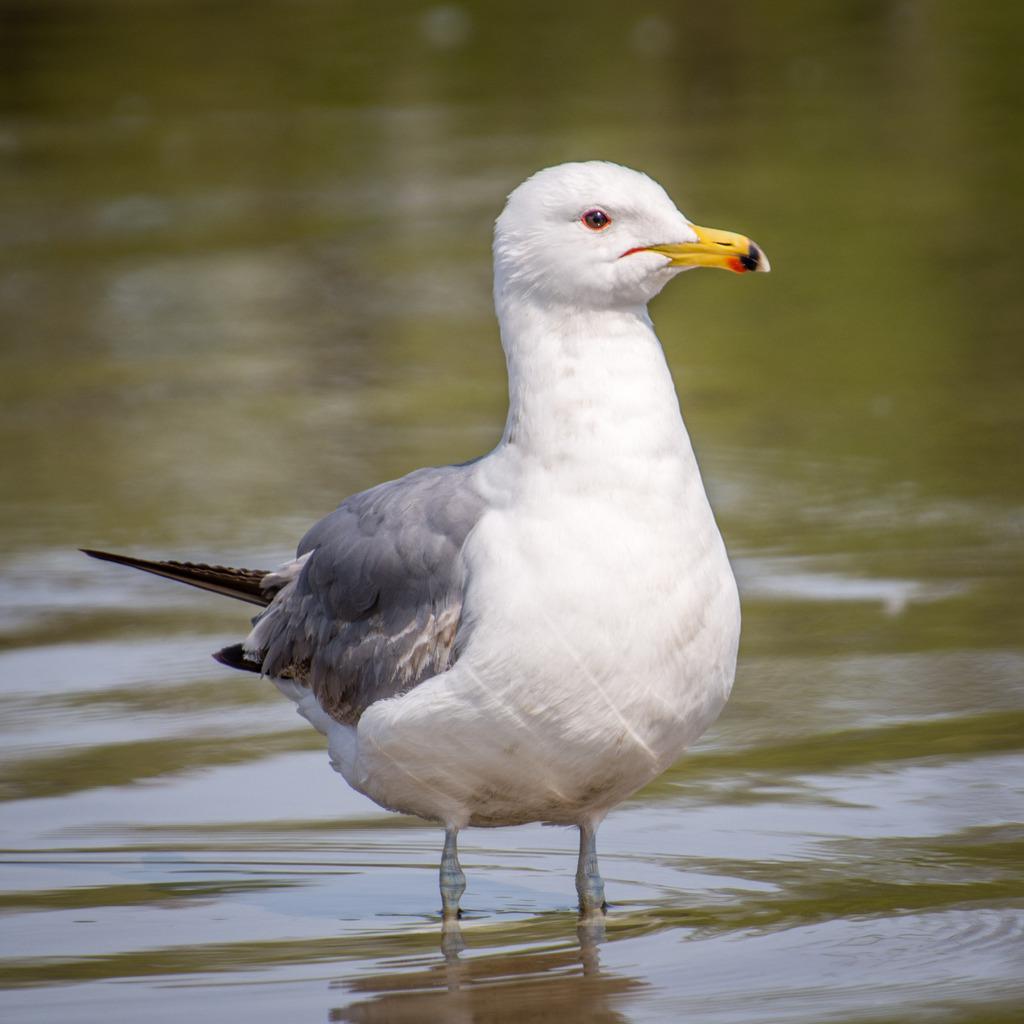 California Gulls can be found in summer on inland lakes and marshes from southern Northwest Territories through Alberta, Saskatchewan, southwest Manitoba, and the northern parts of Montana and North Dakota. In winter they can be found along the Pacific coast. Some can be found year-round in Washington, Oregon, and Idaho. They breed on islands and levees on inland lakes and rivers and forage in any open area, from farms and pastures to garbage dumps.

California Gull are a medium-sized bird (18.5-21 in) with a long yellow bill with a black band and a red spot near the tip.

Could it be? Herring Gull are larger than California Gull with a thicker beak. Ring-billed Gull are smaller with thinner bills that don't have a red dot.

Did you know? Young California Gulls learn how to catch food by dropping a stick in mid-air and swooping down to catch it.