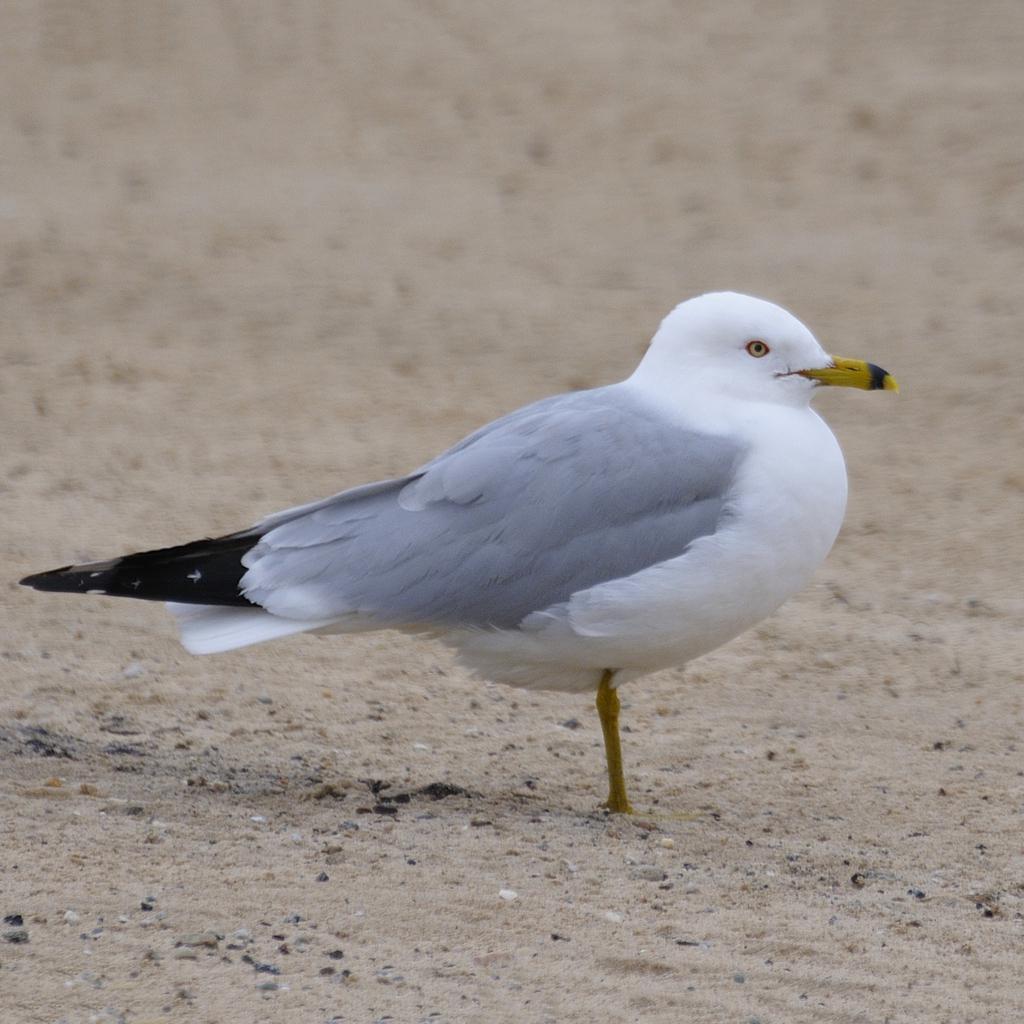 Ring-billed Gull are the most common inland gull. They're very comfortable around people and are frequently found in parking lots or scavenging for food at landfills.

Ring-billed Gull are a medium-sized bird (17-21 in) with a black ring around the tip of their bill. They spend their summers in Canada and the northern United States. Winters are spent around the Great Lakes and in the southern United States as well as along its coasts.

Did you know? Nesting colonies of Ring-billed Gull normally include a few two-female couples, both of whom lay a clutch of eggs.