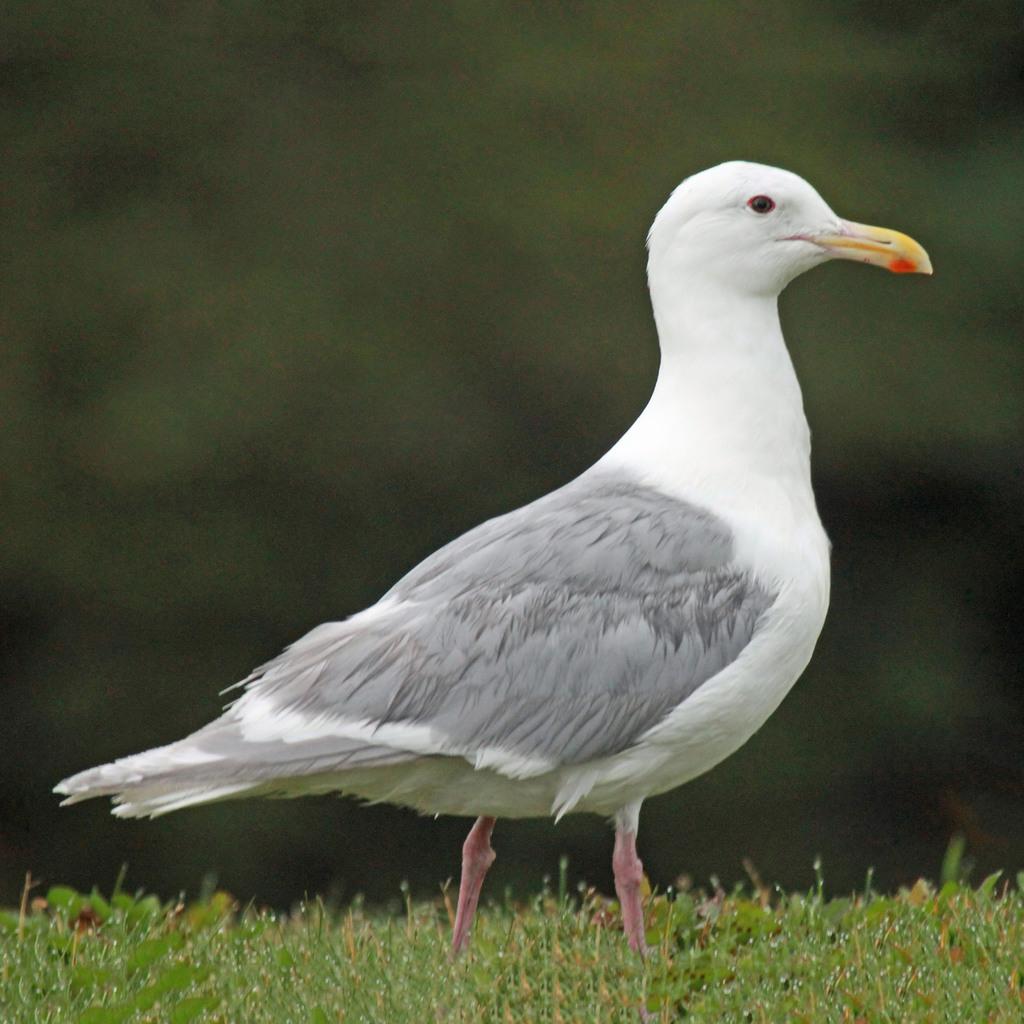 Glaucous-winged Gull are large birds (20-23 in, 47-56 in wingspan) found year-round on the north Pacific coast. They rarely head inland. Some spend the summer along the coast of Alaska and northern British Columbia, heading to Oregon and California for the winter. Others remain year-round along the west coast from Alaska to Washington.

Glaucous-winged Gull have wing tips that are only slightly darker than their gray back. They have pink legs and a red spot on a yellow beak.

Could it be? Western Gull have a darker back and wing tips and can be found from southern British Columbia to Baja. They hybridize with Glaucous-winged Gull in the northern end of their range so there are many intermediates.

Did you know? Glaucous-winged Gull eat a variety of food, including live Pigeons and Rabbits.