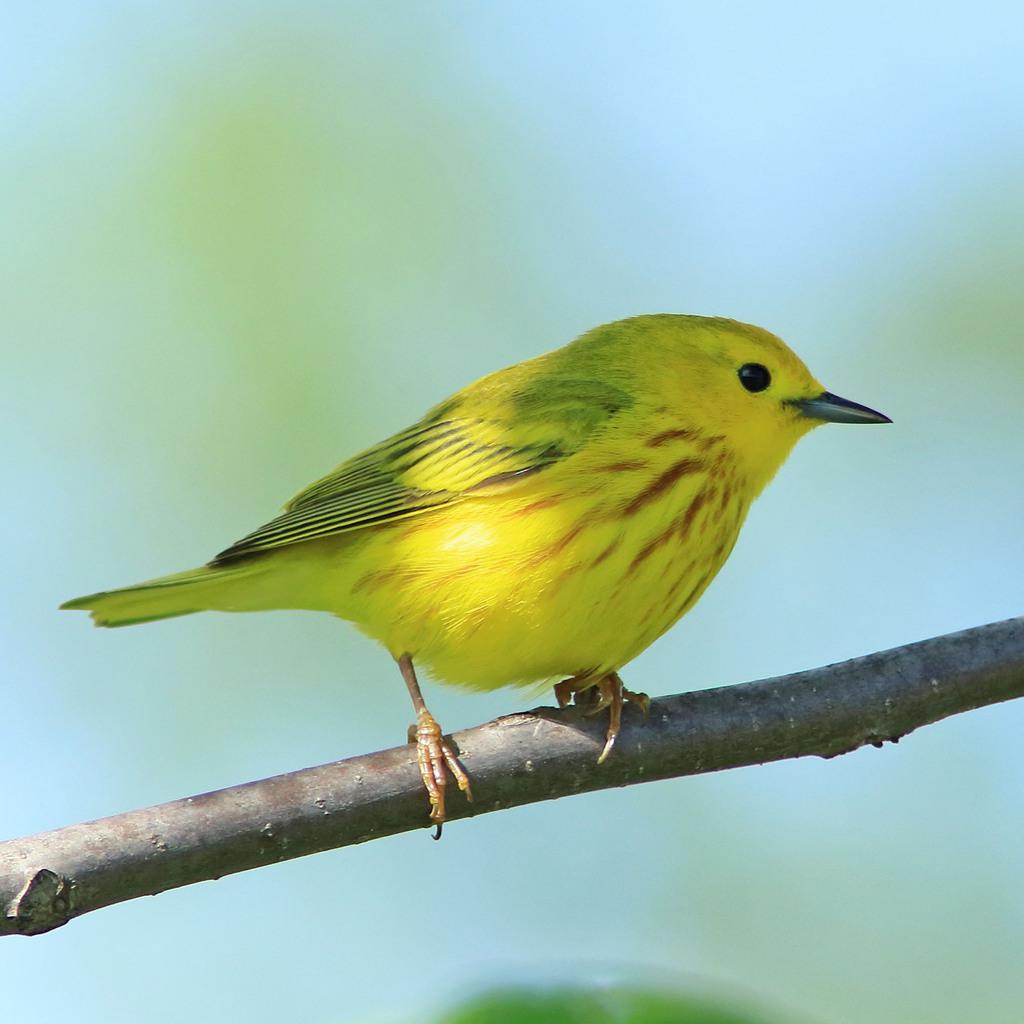 Yellow Warbler are small (4.7-5.1 in), yellow birds with darker wings and tail. They are the only larger warbler with yellow (not white) spots on the tail. The males are a brighter yellow with reddish streaks on their chest.

Yellow Warbler can often be heard singing from the tops of Willows or other small trees along streams or in wetlands. They spend their summers in Alaska, all Canadian provinces and territories, and in all parts of the United States except for the southern Gulf states. They winter further south in Central America and northern South America.

Could it be? American Goldfinch have shorter, thicker beaks and a more deeply notched tail. Wilson's Warbler are smaller and have a black cap.

Did you know? The Brown-headed Cowbird often lays its eggs in a Yellow Warbler's nest. The Yellow Warbler responds by building another nest on top of the old one. Sometimes there are 6 nests one on top of another.