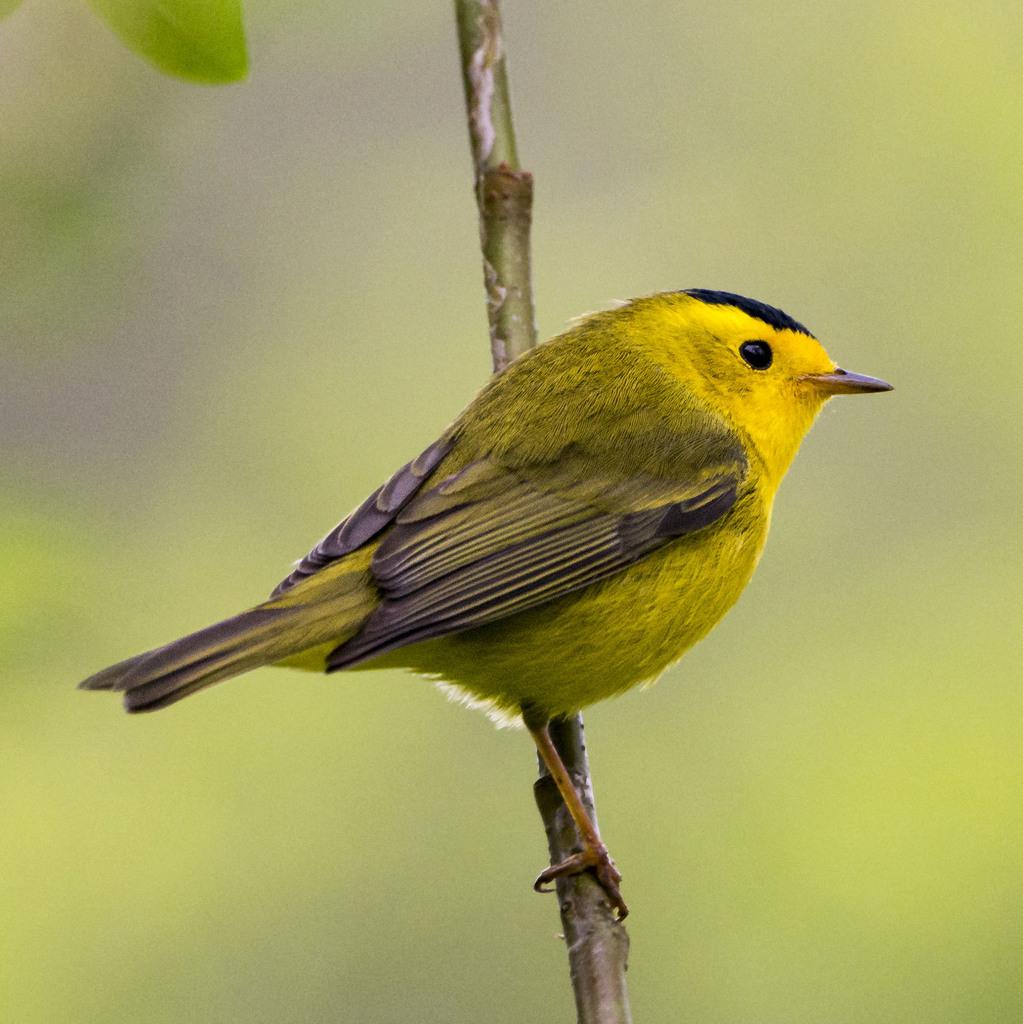 Wilson's Warbler are a small warbler (4-5 in long) with a bright yellow face and chest and an olive-green back and wings. Males have a distinctive black cap, while females have varying amounts of black on top of their heads.

Wilson's Warbler move rapidly from perch to perch searching for insects, staying close to the ground and wagging their tails up and down. They spend their summers in the mountain meadows and thickets near streams or lakes of Alaska, northern Canada (all provinces); the western mountains, and the coast of Washington, Oregon, and California. They winter in Central America and along the coast of Texas and Louisiana.

Could it be? Yellow Warbler are slightly larger with a larger bill and yellow edges to their wing feathers.