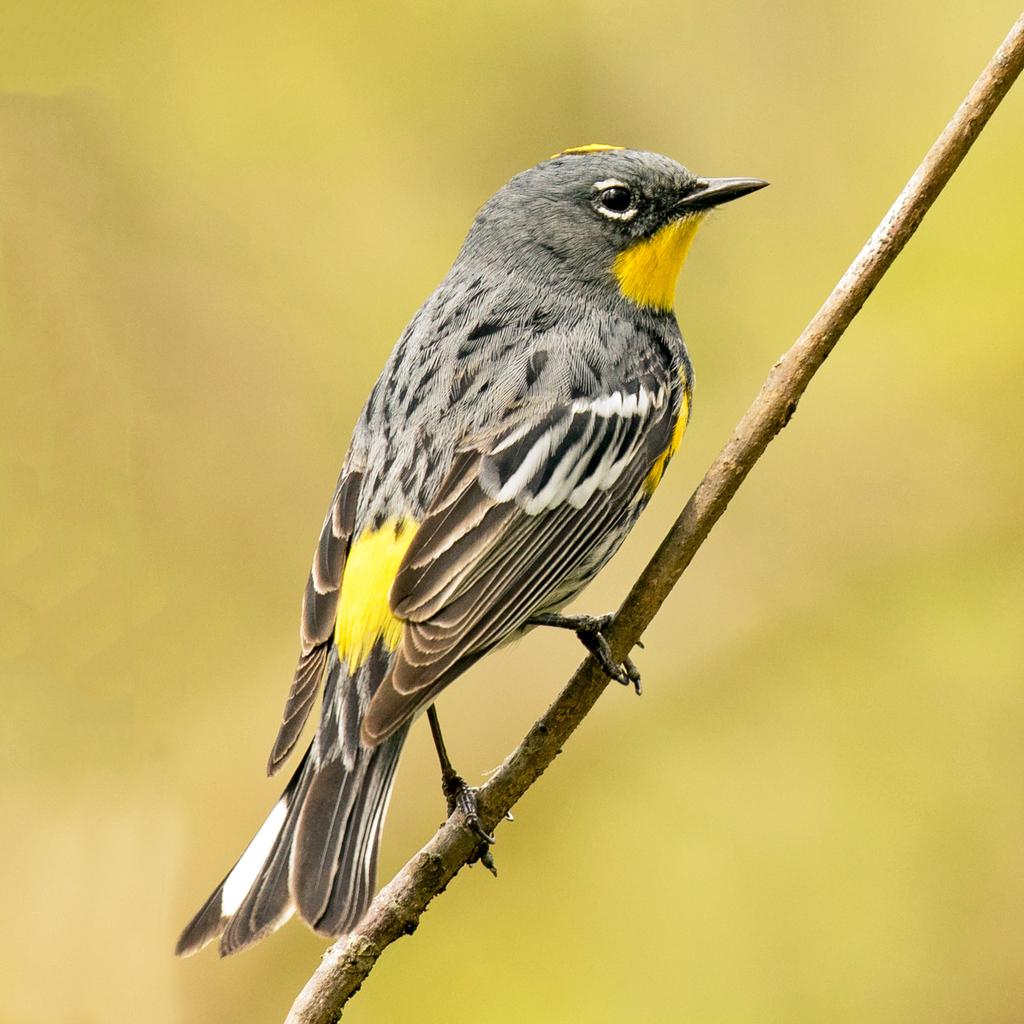 Yellow-rumped Warbler are gray with flashes of white in their wings and patches of yellow on the face, sides, and rump. Females are duller. Both males and females are a paler brown in winter but still have a bright yellow rump. They are a fairly large warbler (4.7-5.5 in) with a large head and long narrow tail.

Yellow-rumped Warbler spend the summer in forested areas in Alaska, Canada, and the Pacific coast and western mountains of eastern USA. Winters are spent in open woodlands and urban areas with lots of berries and fruit bushes in the southern United States from California, along the Gulf Coast, and up the Atlantic coast to Virginia and Maryland.

There are two distinct sub-species of Yellow-rumped Warbler. Myrtle Warbler (eastern US and Canada's boreal forest) have a white throat and dark ear patches. Audubon's Warbler (mountainous west) have a yellow throat and the males have more white in their wings.

Did you know? Yellow-rumped Warbler are the only warbler able to digest the wax in Bayberries and Wax Myrtle. Large flocks swoop down the east coast during migration to feast on Wax Myrtle berries.